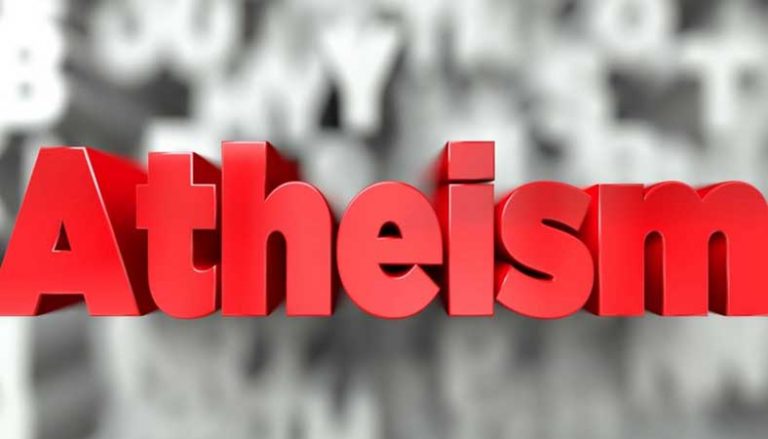 It’s amazing how that manys atheists around the world are coming to the light of the glorious gospel of Christ Jesus and and putting their faith in Him. Believers Portal has prepared this list of some famous atheist who embraced the Christian faith and declared the Lordship of Jesus Christ.

Abraham Lincoln – Served as the 16th president of the United States from 1861 until his assassination in April 1865. Read the incredible story of Abraham Lincoln’s Journey From Atheism To Christianity

Bill Hayden – Australia’s second longest-serving Governor-General and was a renowned atheist for all of his life. Bill Received Jesus At 85

Dr. Wayne Rossiter – Former atheist biologist who once described himself as a “staunch and cantankerous atheist” who sought every opportunity to destroy Christianity where it stood.

Dr. Greg Lehman – One day, he finished a medical consultation with his usual “Do you have any questions?” The walk-in patient stared at him and asked: “Have you accepted the Lord Jesus Christ as you personal Savior?”

Philosopher Edward Feser: The Associate Professor of Philosophy at Pasadena City College, previously a Visiting Assistant Professor at Loyola Marymount University, and a Visiting Scholar at the Social Philosophy and Policy Center. Feser speaks on how Studying Philosophy Led him To God.

C. S. Lewis – Oxford professor and writer; well known for The Chronicles of Narnia series, and for his apologetic Mere Christianity

In her article,“How Oxford and Peter Singer drove me from atheism to Jesus,” Sarah shares the incredible story that led her to Jesus Christ. Dr. Peter Singer is a fervent atheist and a champion of the idea that some human lives have little or no value. I am sure that if he learned he helped “drive” a fellow atheist to Jesus, he would be more than a little annoyed.

Ronald Dabdoub – As an atheist, Ronald wanted to know the truth about God. For 30 days he asked God to prove his existence with more than words. Days later, he had a vision of Jesus Christ, and that was the start of a new life for him.

Caleb Kaltenbach: Former Atheist Raised By Gay Parents, but he embraced Jesus and today he’s a preacher of Jesus Christ.

Paul Ernest – Former Atheist Scholar, Paul Ernest has always been a deep thinker. Whether it was science or philosophy, he was the one constantly asking “Why” and “How?”.

Steve Tillman – Former atheist leader who did everything to suppress the idea of God.

Dezmond Boudreaux – “The whole time I was searching for peace and truth, but could never find it.” “When I found Christ, that’s when I truly found what I was looking for.” – Dezmond.

Guillaume Bignon – A Staunch Atheist Who Hated God, Visited Church “As One Visits A Zoo To See Exotic Animals” But Then God Caught Him.

Jessica Jenkins – Was a devout atheist who believed in science and the theory of evolution.

Mark Edwards – A rapper and former drug smuggler who was deaf in one ear.

Lee Strobel – American Christian author and a former investigative journalist. Author of The Case for Christ.

Recommended: How To Pray For The Atheist – Billy Graham

Over 100 Notable Converts From Non-theism To Christianity.