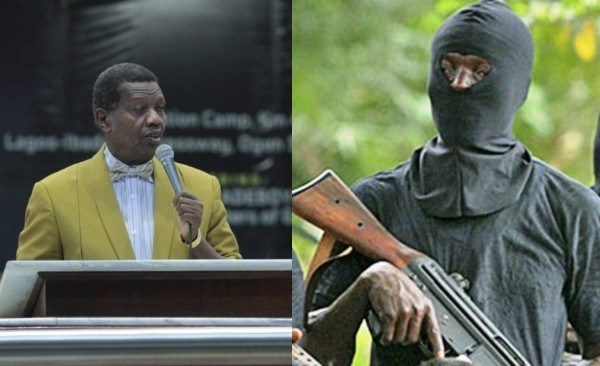 As the scourge of violent crime including kidnapping of Pastors continues to ravage the country especially in the North, gunmen have kidnapped Pastor Kayode Shogbesan of the Redeemed Christian Church of God, in Yola, Adamawa State.

A report from a family source indicates that Pastor Shogbesan, who is also a Professor of fishery at Modibbo Adama University of Technology, Yola, was kidnapped Tuesday night.

An unnamed relative of the pastor told the news outlet that Shogbesan was kidnapped while traveling back home after giving lectures at Modibbo Adama University of Technology, where he was a professor of the fishery.

Police spokesman Nguroje said Shogbesan was kidnapped between 8 p.m. and 9 p.m. on Tuesday.

“He was returning home when the incident happened,” Nguroje said, according to The Punch. “Nobody knew until after an hour or two when his wife called him and was told by his abductors.”

The unnamed relative said Shogbesan was kidnapped by assailants in an SUV.

Police have mobilized a search team to track down the abductors, Nguroje said, adding that no request for ransom nor any other reason has been given as to why Shogbesan was abducted.

The police are asking the local population to provide any information they might have about the kidnappers.

The pastor’s abduction comes as kidnappings have increased in Adamawa state, which lies on the border of Cameroon, and as other pastors in the country have also been kidnapped this year by Islamic extremists.

Nigeria ranks as the 12th worst nation in the world when it comes to Christian persecution, according to Open Doors USA’s World Watch List.

As communal violence and abductions have plagued many regions of the country, the Nigerian government has faced international scrutiny for years for failing to protect its citizens from the terrorist group Boko Haram and radical Fulani herdsmen.

“The Nigerian federal government failed to implement effective strategies to prevent or stop such violence or to hold perpetrators accountable,” the 2019 annual report from the U.S. Commission on International Religious Freedom, reads.

The persecution of Christians is rapidly increasing across Nigeria — but these massacres rarely make the news.

Northern Nigerian Christians are among the most persecuted all over the world.

It reached its peak in 1998 when Boko haram came up.

What actually made some people to come together and formed a terrorist gang to kill people are the hatred and the pains they received daily by sighting Christians around them, especially in Borno state where the headquarters of the Boko Haram sect is located. Nothing is more hurtful to an Islamic jihadist than hearing Christian drums and songs.

Meanwhile, as Christian persecution increases in the northern part of Nigeria, massive conversions of Muslims to Christianity are taking place too.

These brave believers face the threat of brutal death daily, but they refuse to forsake the God they love. They’re being forced from their homes, turned into refugees, and constantly made to fear for their lives.

Despite all this, the church of Jesus Christ in Nigeria is growing so rapidly and forcefully advancing.

Will you pray for Christians living in Nigeria? Please pray they will receive peace and comfort, and that one day they’ll be able to practice their faith openly without fear of death.