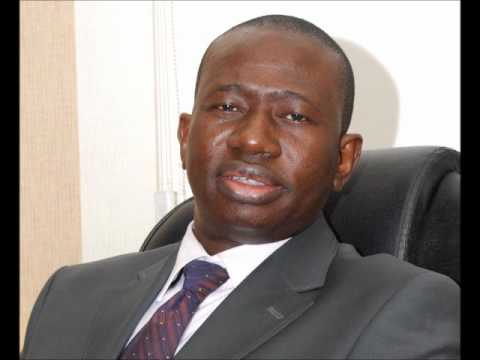 Pastor Simeon Afolabi is the Serving overseer of the Firstlove Assembly. The Church which now has a couple of churches in its network was set up on November 1, 1998 in Portharcourt. Among other things, it was to pursue a life-long passion for revival and restoration. One anchor scripture that has served as a beacon is Isaiah 42:22. “But this is a people robbed and plundered; All of them are snared in holes, And they are hidden in prison houses; They are for prey, and no one delivers; For plunder, and no one says, “Restore!” After the Holy Spirit engraved this word upon his spirit, he pledged himself to cry “restore” on behalf of God’s people. Another passage is Jude 3. “Beloved, while I was very diligent to write to you concerning our common salvation, I found it necessary to write to you exhorting you to contend earnestly for the faith which was once for all delivered to the saints.” It has always been his passion to see Christianity practiced exactly the way it was handed down over 2000 years ago.

Born February 22 1962, in a place called Ipee in Oyun Local Government Area of Kwara State, Nigeria. Afolabi had his early education in that little community. A typically agrarian community, there he learned the virtues of hard work which prepared him for the larger role he is now known for. After his secondary education at Government Secondary School Ilorin, Kwara State of Nigeria, he proceeded to the Kwara State College Of Technology (Now Kwara Polythenic). This was the place where he began to show flashes of ministry, but the time for full involvement in gospel work was yet to come. It will not be until his stint at the Nigerian premier University, the University of Ibadan where he obtained B.Sc and M.Sc in 1985 and 1987 respectively.

Shortly after his degrees, Simeon Afolabi became a staff of the Living Faith World Outreach Centre. He served here in various capacities for a period of ten years before the founding of the Firstlove Assembly. The dynamic ministry of Simeon Afolabi has taken him to several cities in Nigeria and to several countries in Africa, Europe, Middle East and America.

He is married to Ruth Oluwabunmi Abiodun, an uncompromising woman with strong personality, who is also a minister of the gospel in her own right. They are blessed with four children. They currently make their home in Portharcourt, Rivers State, Nigeria.