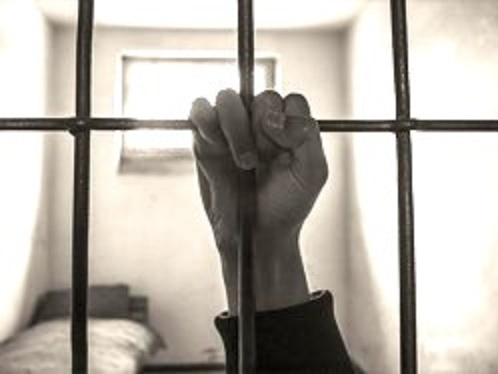 It is not just the pastors facing persecution; Christians in rural villages face pressures because of their new lifestyles.

In Vietnam’s Central Highlands, pastors imprisoned for their faith are languishing, facing dire conditions that make it difficult to survive.

Pastors on trial are rarely given access to an attorney, and the length of their prison terms is almost irrelevant, as labor camp officials can extend them indefinitely over the pettiest violations.

“One pastor we know was sentenced for 11 years, but it has already been extended to 20,” Su*, the director of an indigenous ministry told Christian Aid Mission (CAM). “This happens if you don’t get up on time or don’t accomplish your task.”

Leaders of both registered and unregistered churches have left Vietnam, rather than submit to government requirements that their churches combine into one larger church so that authorities can better monitor their actions.

Some flee with their families; others consider it wiser to leave them behind.

Church leaders who remain face prison, where Su said 42 church leaders have been languishing for more than 10 years. Recently 15 more leaders of unregistered churches in Gia Lai Province, as well as seven from Dak Lak Province, were sentenced to prison for practicing their faith, he told CAM.

Living conditions in the prisons are harsh, particularly by standards in the West. Inmates receive only one bowl of rice at noon and another in the evening.

“In order to have enough nutrition, family members have to provide additional food, like vegetables for vitamins,” Su said. “The prison allows you 10 to 20 pounds of food per month, depending on the location. Sometimes the prison is too far away; they get visitors only a few times a year due to the travel distance.”

Some pastors don’t have any support from the outside at all.

“One pastor’s family is not allowed to visit him anymore. He’s in a private cell now, so he gets only rice. He’s hungry and malnourished. He eats insects, mice, frogs, whatever is available. When they let you out of the private cell after one or two months, you can’t even walk; you crawl. You cannot stand.”

It is not just the pastors facing persecution; Christians in rural villages face pressures because of their new lifestyles.

They get in trouble with local authorities because they don’t get drunk, don’t have more than one wife, and don’t worship ancestral spirits.

Declining to engage in those activities will catch the eye of local authorities, and they will prosecute you for violating a value central to the local culture — unity.

“Having two wives, drinking, ancestor worship — 99 percent of the people are doing that,” Su told CAM. “If you don’t do that, you don’t belong to the people, and that’s a crime. That is specifically geared toward Christians.”

How A Former Witch Doctor Became The ‘Apostle Paul Of Vietnam’

“Other people believe in Buddha and worship ancestors, and you break that unity when you don’t do that. That’s a crime.”

Officials will then beat them until they sign, and that’s one reason hundreds of pastors and other church leaders from the Central Highlands packed up their families and fled to Thailand in the past year, Su told CAM.

“Among the Hmong, I personally know about 400 people who have escaped to Thailand,” he said. “Among other ethnic groups, there are about 400 to 500 as well.”

Persecution grows as the church grows. The ministry’s indigenous evangelists have seen congregations proliferate, but Su said 21 of Vietnam’s 54 ethnic groups are largely unreached. A few evangelists have been sent to them in the past two years but are still waiting to see transformation, he said.

His goal is to establish churches among at least 10 of those 21 ethnic groups in the next five years, and reach the rest of the tribes five years after that. “It’s impossible to get foreign missionaries to go there — you need local people to go,” he said. “In order to reach those groups, you have to be ethnic, too — either you speak their language or they speak your language.”

The ministry trains local believers to go in pairs to the unreached groups. Initially they stay in the home of a family whose children may go to school together.

“Different ethnic groups know one another since they went to high school together — they are near-culture groups but different languages, and they worship different things,” he said.

Spending time with families and building enough trust to share Christ with them, churches emerge family by family even though local authorities prohibit house churches.

“The ethnic people are different; when they believe something, that’s it, they won’t change,” he said. “When they believe in God, a thousand of them believe together. It’s an explosion; it’s a movement.”

Pray for Christians in Vietnam.