Borno state government said Wednesday that at least 81 people were killed in an attack on a nomadic community believed to have been carried out by militants aligned with the Islamic extremist groups Boko Haram or Islamic State West Africa Province.

The Borno government in northeast Nigeria released a statement Wednesday explaining that residents described how militants in armored tanks and trucks attacked the Faduma Kolomdi community in the Gubio local government area on Tuesday morning.

Along with killing dozens in the community, it’s believed that the militants also abducted seven individuals, including the head of the village, and women and children.

A video posted on social media shows dead bodies scattered out across a dirt field.

These are not Animals, they are human being kills by Boko Haram insurgents in the village of Gubio local gov’t of Borno state.

President @MBuhari, you were voted to protect the lives and properties of the electorates, these people need your attention, they too are human. pic.twitter.com/AngROLEIyh

The incident reportedly lasted hours. Borno State Gov. Babagana Umara Zulum traveled to the community on Wednesday in the wake of the attack, Christian Post Reports.

According to the government’s statement, a male witness told the governor that the armed men came to the village at around 10 a.m. on Tuesday.

“They gathered us and said they wanted to deliver religious sermon to us,” the unnamed resident was quoted as saying in the statement. “They asked us to submit whatever arm we had. Some villagers gave up their dane guns, bow and arrows.”

The survivor said the militants then began shooting “at will.”

“Even children and women were not spared, many were shot at close range,” the man said. “Many started running.”

Five people were evacuated to a hospital for treatment, according to the state.

“We have buried 49 corpses here while another 32 corpses were taken away by families from the villages around us,” the resident said. “The insurgents abducted seven persons including our village head. They went away with 400 cattle.”

A resident of a nearby village also verified what the survivor told Zulum, the government said.

Zulum described the attack as “barbaric and unfortunate.” He also noted that around the same number of individuals were killed in an attack last year in Gajiram.

“The only solution to end this massacre is by dislodging the insurgents in the shores of Lake Chad,” the governor said. “Doing so will require collaborative regional efforts.”

Christians in Nigeria have been the target of many attacks by the vicious Boko Haram jihadist Islamist terrorists, herdsmen attacks and many other kidnapping in recent times.

Nigeria ranks as the 12th worst country in the world on Open Doors USA’s 2020 World Watch List of countries where Christians are most severely persecuted. Nigeria was in December, listed in the U.S. State Department’s special watch list of countries that tolerate or engage in severe violations of religious freedom due to the “lack of effective government response and the lack of judicial cases being brought forward in that country”.

An earlier report last month, revealed that around 620 Christians were killed in the African country by Islamic militants during the first five months of 2020 alone.

Borno Christians Among The World Most Persecuted 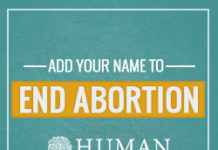 Number Of Abortion Clinics In The U.S. Has Declined By 35 Percent Since 2009

Number Of Abortion Clinics In The U.S. Has Declined By 35...