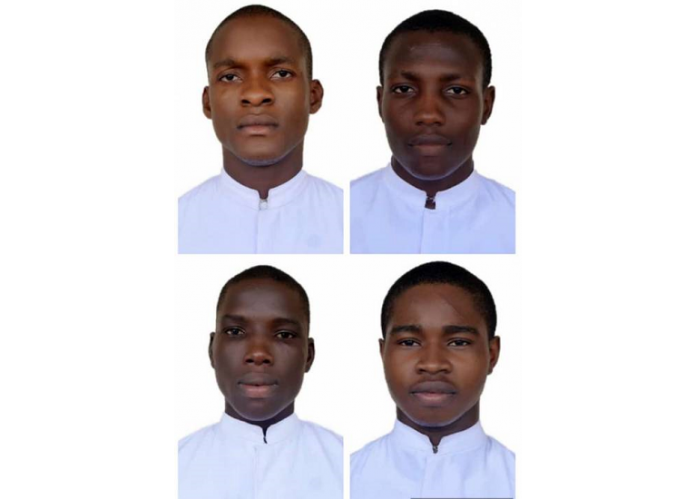 The names and ages of the four seminary students kidnapped by gunmen from the Good Shepherd Major Seminary, Kaduna State, has been revealed.

Aid to Church in Need, an international Catholic charity, revealed the details of the four seminarians as Pius Kanwai (19), Peter Umenukor (23), Stephen Amos (23) and Michael Nnadi (18).

The students were kidnapped on Wednesday when gunmen broke through the fence surrounding the living quarters of the seminary.

They stole laptops and phones before kidnapping the four seminarians who were first year student of Philosophy. A source revealed that the kidnappers made contact with family members of the seminarians Jan. 11, “but never pronounced any amount of money as ransom.

It was gathered that the seminarians just started studying for priesthood when the incident happened.

Nigeria ranks as the 12th-worst country in the world when it comes to Christian persecution, according to Open Doors USA’s 2019 World Watch List.

Please pray for the safety of these seminarians and their quick release.

Borno Christians Among The World Most Persecuted