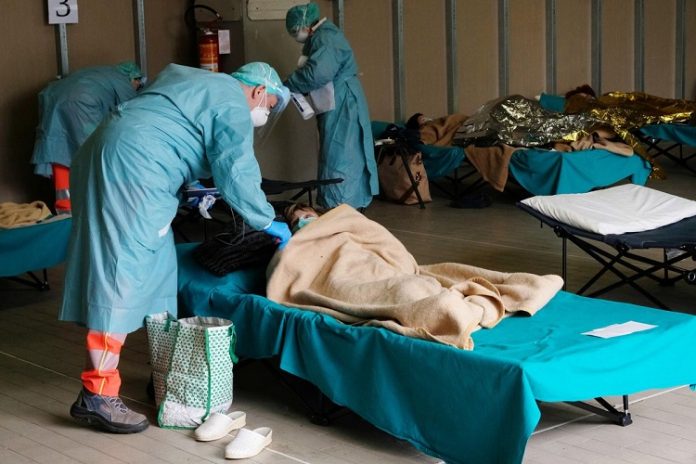 Coronavirus has killed more people in Italy than in any other country, including China where the virus originated last year. Please pray for Italy.

A lockdown imposed on 12 March in Italy has been extended beyond the original 25 March end date. Nearly all Italians have been told to stay at home.

COVID-19: Italians Praise God From Their Windows, Sing “How Great Is Our God” (Video)

Despite these measures, the number of new cases and deaths has continued to spiral.

Around 80% of cases of Covid-19 will be a mild to moderate illness, close to 14% have severe disease and around 6% are critical.

Generally, a person needs to be 15 minutes or more in the vicinity of an infected person, within 1-2 metres, to be considered at-risk or a close contact.

The total number of fatalities in the northern Lombardy regions around Milan surpassed 3,000. It accounts for nearly two-thirds of Italy’s fatalities.

Italy’s grim figures suggest that the pandemic is breaking through the government’s various containment and social distancing measures.

The Mediterranean nation of 60 million has been under an effective lockdown since 12 March, when public gatherings were banned and most stores shuttered.

Police were out in force across the streets of Rome today, checking documents and fining those outside without a valid reason, such as buying groceries.

Joggers were asked to run around the block of their houses, parks and beaches were closed, and the government in Rome prepared to extend school and other closures into the summer months.

But the outbreak keeps gathering pace in the new global epicentre of a virus that was first reported in December in China and has since transformed the world, straining health care systems, upending lives for millions and pummelling stock markets globally.

COVID-19: Pastor Preaches From His Window In The Middle Of The Quarantine In Italy (Video)

But it is much better that what is available in the poorer south, whose regions have registered a few dozen deaths each – and which the government in Rome is watching closely.

The Lazio region that includes Rome has recorded a total of 50 deaths and 1,190 infections. According to RTE.

Italy shut down most businesses and banned public gatherings nationwide on 12 March as it tried to halt the spread of the virus.

Bars, restaurants and most shops have closed, as have schools and universities.

The lockdown has been extended, and Prime Minister Giuseppe Conte said it had helped prevent “the collapse of the system”.

But he told the Corriere della Sera newspaper that “we will not be able to return immediately to life as it was before” even when the measures were ended, according to a BBC report.

Coronavirus: Infected Doctor Says His Faith Carries Him Through