Hillsong United is a Contemporary Christian worship band that originated as a part of Hillsong Church.

Due to several songs written by the youth ministry, Hillsong worship leader Darlene Zschech recommended that they record an album, which resulted in their debut extended play, One, which was released alongside the Hillsong Worship album Touching Heaven Changing Earth. Since then, the group has released eleven annual live albums, as well as four studio albums.

Formed in 1998 as part of Hillsong’s youth ministry, the band consists of several rotating worship leaders from the church, including Brooke Fraser, Joel Houston, Reuben Morgan and Marty Sampson. The band composes songs and performs in church services as well as concerts in worldwide tours.

Hillsong United is led by Brian and Bobbie’s son, Joel Houston. Hillsong United has created 17 albums. Their song Oceans (Where Feet May Fail) from their album Zion reached double platinum status in the U.S. The group has toured for many years, packing out large venues like the Staples Centre in Los Angeles. In 2016, Hillsong United was named Top Christian Artist at the Billboard Music Awards. Their latest album, Wonder, released June 2017.

The band’s members are involved in Hillsong Church services and also play for the church. Many were volunteers who went unpaid for their time or contribution. As such the line up changes on a regular basis due to the volunteers’ needs and the needs of the church; that is to say, due to the naturally resultant “churn”. 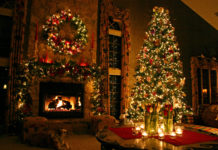