Pray for the Christians who still remain in Iraq. Estimates range from 200,000 to 250,000 total Christians remain in the country. Before 2014, there were believed to be well over 300,000, but this is a huge decline from 1.4 to 2 million in the 1990s. Pray that those in the country will be able to have a future and will have a positive influence on society.

Because of the occupation of ISIS, Christians left the city of Mosul. It seems the radicals managed to rid another area of the country of Christians. Pray that the situation in the city will stabilize soon, and that security will be in place and that Christians might see a future in the city. Pray for the leaders of the churches to make the right decisions regarding an eventual return of their congregations.

Thank God for the return of the first Christian families to Telskuf, a village in the Nineveh Plain. Pray that those families will be able to restart their lives there and that others will soon join them in the village.

Pray for the many thousands of displaced Christians in the Kurdish region in Iraq. They fled from ISIS when their towns and villages were overrun in 2014. As the villages were liberated since fall 2016, the authorities now put pressure on them to return to their places and leave cities like Erbil. Pray that the situation in the Nineveh Plain indeed will be stable and that the needed infrastructure will be in place for the return of the IDPs.

A survey among IDPs from Qaraqosh shows that almost half of them say that they want to return to their hometown. Pray that the people will make the right decisions regarding staying, returning or even leaving the country. Many of the IDPs applied for UN refugee status. If they get the approval, they might want to leave the country.

Recently, an Iraqi Christian was asked: “What did this whole business with ISIS do with your faith? Were you not challenged? Did you not lose faith?” And the whole family, the women and the men, said, “Our faith has become stronger.” The man who asked the question said: “How can it be? You had to flee.” And the answer was: “Look, God protected us so we could flee. God protected us so we could be in Erbil, and our faith has become stronger.”

Pray for the village priests of the towns and villages in the Nineveh Plain. As leaders of their congregations, they play an important role in the process of return to the villages. Pray that the Lord will continue to give them the right vision and help them to take the right decisions. Pray especially for Father Thabet of Karamles, as he is running the first center of Encouragement and Support. This center should enable Christian families to start restoring their houses in order to return to the village. Open Doors is supporting three such centers.

Thank God for income-generating projects Open Doors has been able to help start in Iraq. Several Christians can now support their families through the salaries they earn. For example, we were able to fund a stone factory, a sweets factory, a food factory, a bakery and a restaurant. Pray that the Lord will bless these companies. Pray also for the over 200 Christians who have started a micro-enterprise with the support of Open Doors.

Pray for peace in Iraq. For so many years, there has been no stability in this country. Pray that an end will come to the fighting and that security will be guaranteed in the entire country for all civilians. 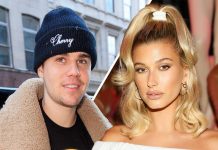 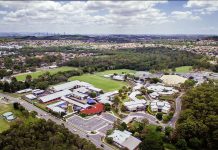 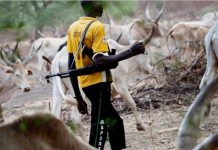 Man Abducted By Fulani Militants: “They Asked Me, Are You Muslim Or Christian?”