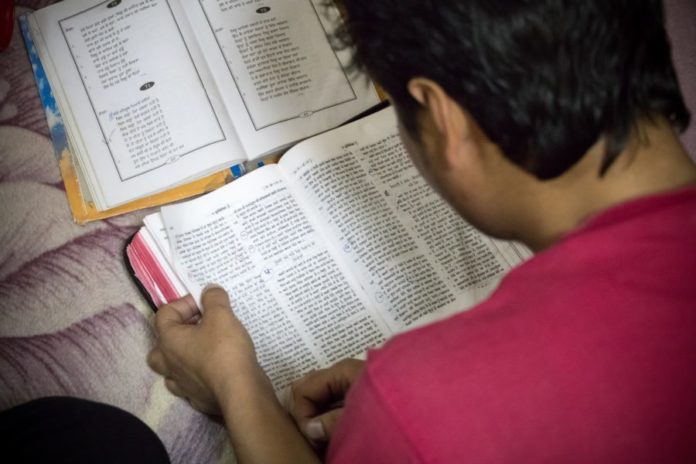 Here are five countries where owning a Bible is dangerous, and seeing one, even a page in your home could cause you to go to jail.

North Korea – In this totalitarian state, the only thing that North Koreans are permitted to worship is the nation’s leader, Kim Jong-un. Bibles are banned and those found in possession of one face imprisonment, torture and even death – as do up to three generations of their family.

Somalia – Christians residing in Somalia face constant persecution from radical Islamists and government officials. The prevalence of the Islamic extremist group, al-Shabaab means that believers often practise their faith in extreme secrecy and cannot own Bibles.

Maldives – The Maldives have a reputation for being a luxurious idyll but a Bible can get you into trouble in this paradise. Under the country’s strict Islamic laws, importing a Bible is forbidden. There is currently no complete translation of the Bible into Dhivehi, the official language of the tropical nation.

Morocco – It’s against the law to carry a Bible translated into Arabic in Morocco. Reports of overt Christian persecution are few but Christian children are not given a religious education.

Libya – Like Morocco, Libya has laws against bringing Bibles in the Arabic language into the country. The distribution of Bibles and evangelism is illegal.

Uzbekistan – In this Central Asian dictatorship, high penalties are imposed on those who own Bibles. Authorities are known to detain Christians found in possession of the holy book for “keeping and storing extremist materials with the purpose of further distribution.”

China: The Chinese communist party is cracking down so much on Christianity, and recently, the authorities have banned online Bible downloads, emptied bookshops of Bibles, and even went to the extent of altering the verse of the scriptures, replacing them with President Xi words.

China’s War On The Bible: Ban it Or Alter it