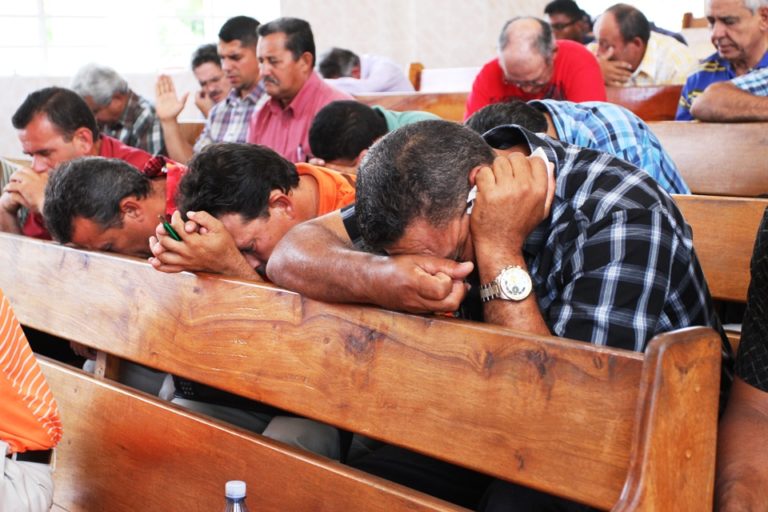 Saudi Arabia: a country that has been the center of attention for many years because of its oppressive policies towards minorities such as women and foreign workers. However, with the recent introduction of the 2030 reform vision launched by its monarch King Mohammed Bin Salman, it has hit many firsts as it tries to economically compete with sister countries in the region such as the United Arab Emirates.

The new generation might be oblivious as to how Saudi Arabia was less than 10 years ago. While the country’s history with discrimination against different races, genders, and socio-economic classes has been making headlines for years, a certain kind of discrimination, however, has been hushed and that is religious discrimination.

It might come as a surprise that not everyone living in the kingdom is a Muslim because it is noted to be the birth place of Islam. But, in the decade that I have lived there, I have come across several religious minorities including those who belong to the fellow Abrahamic religion, Christianity. As expected, the religious minority in the kingdom faces discrimination by educational institutions, authorities, in work places and by other citizens.

Even though, to the Saudi state, all the citizens are considered Muslims and must abide by the Islamic Shari’a Law, there are a whooping 1.4 million non-Arab and Arab Christians including Lebanese, Syrians and Egyptians in the country. However, they are not allowed to publicly practice or display their faith. In fact, it is so strictly prohibited to the extent that Christians cannot walk around wearing a cross, and if spotted, they will face harassment and possible charges because it is considered a punishable offense by the local authorities.

Muslims Converting To Christianity In Saudi Arabia, Despite Intense Persecution

The infamous religious police who are often locally referred to as ‘Hay’ah’ or ‘Mutaween’ is the morality police which reinforces the Islamic Shari’a law’s religious behavior code. This group often scans public places demanding men to pray during prayer time, and ordering women to cover their hair and/or faces. Christian men usually hide during prayer time to avoid revealing their religious belief to the Hay’ah which will lead to harassment and debate. As for women, they conform to the law by covering their hair and/or face and remain disguised as Muslims and never revealing their true religion.

This makes it especially difficult for the religious minority during the month of Ramadan. In Saudi Arabia, it is strictly prohibited to publicly eat or drink during the holy month forcing Christians to quite literally fast, and avoid all restaurants during the day. This is extremely problematic because the marginalized group is compelled to suppress its own religious identity while simultaneously adopting another.

Celebrations such and Easter and Christmas are banned and any form of celebration is strictly prohibited preventing them to establish or sustain any relationship with their religion. I recall that, on those occasions, there was often extra security in the capital city, Riyadh, to ensure that no potential private celebrations would be taking place. In 2008, Time’s reporter Richard Owen wrote that the religious police searched the homes of Christians residents often. Consequently, this leaves no room for private prayer services to be held.

Getting by and holding on to non-Islamic faith

However, some still manage to host private services in their homes especially if they lived in a gated compound facilities where the religious police is not allowed to enter. Those who do live in compounds feel more secure and are reassured that their privacy will not be invaded, so they feel safe to hang up paintings of the Christ and Virgin Mary alongside several crucifixes and religious quotes throughout the house. Even though, in 2014, the kingdom passed a law where smuggling the Bible into the country was punishable by death, it is allowed to own a Bible if you ensure the authority that it is for personal use only.

Amazing Testimony Of A Saudi Arabian Muslim Convert To Christianity

Because of the stigma surrounding groups of religious minorities who reside in the country, locals and other expats who were brought up in that strict Islamic community marginalize Christians.

All schools in the country, both private and public, must teach Islamic studies classes where the idea of Islam as the one true religion and all other religions being “haram” (religiously forbidden) is heavily propagated. Students are conditioned to believe that a follower of any other religion (or no religion) aside from Islam is considered “najis”(impure). I remember a fellow student, a Syrian Christian, who invited the class to her home for dinner. Some thought it was impermissible to enter her house, others bluntly refused to enter her house because of her religion while a few refused to eat the food that was cooked because it was not “halal”.

Although they were excused from the Islamic studies classes, schools did not offer alternative religious studies for Christians, because again, it was prohibited to teach any other religion aside from Islam as it is considered preaching against Allah. Nonetheless, some Christians did attend lectures about Islam, but what was astonishing was that the lecturers would then make it a point to insult and degrade Christianity driving many Christians towards the door.

On one occasion, we were driving on the road towards Madinah. As we approached a fork road, there were two banners. One read “road for Muslims” pointing towards one of the fork roads, and another saying “road for non-Muslims.” Non-Muslims are allowed to enter the city of Madinah, however they banned from entering the holy city of Mekkah, home of the Ka’aba. Upon learning that, I was shocked because the city was once home for Muslims, Christians, Jews and others during and after Prophet Mohammed’s time. Even though it is illegal, some reports have revealed that non-Muslims have been able to enter Mekkah while they were disguised as Muslims.

These forms of discrimination was exercised against Arab Christians. Other nationalities such as Americans, Europeans and Asians of the same faith were excused when it comes to abiding by the strict Islamic law, mostly because most of the Americans and Europeans who lived in the country were diplomats protected by their embassies and international affiliations which pardoned them from abiding by the social laws. It was very common to have Caucasian women fight with the religious police when told to cover up, and one incident went as far as resulting in physical violence against a member of the Hay’ah.

The notion of religious freedom is not recognized by the nation. As I mentioned, the authorities consider everyone Muslim and violence exercised on the bases of religion is not recognized. All Saudi nationals must be Muslims and those who are attempting to acquire the Saudi nationality must convert to Islam first. Similarly, it is not allowed for non-Muslims to proselytize, or convert from one religion to the other unless they are converting to Islam. Apostasy is punishable by death which means Muslims cannot publicly denounce their religion.

But at the end of last year, Saudi Arabia hosted its first ever mass by the Egyptian Coptic Orthodox Church in Riyadh. Several people believe that this is a great step towards religious tolerance in the kingdom. “It even portends more change in that great country in the future… Saudi Arabia is showing an admirable degree of tolerance that gives us a lot of hope,” Father Polis Halim, spokesman of the Egyptian Coptic Orthodox Church, said in an interview.

Although there were several unconfirmed reports on Saudi Arabia building its first ever Catholic church, I am not sure this proves “religious tolerance.” Yes, Saudi Arabia has “changed” and become more “open” with respect to the world, but for how long will it be making headlines for its firsts such as first female anchors, first female drivers, first concerts, first cinemas, first mix-gender offices, and now first masses?

Instead of applauding the so-called “progress” implemented by the Crown Prince, we should question why in the 21st century minorities whether in terms of gender, ethnicity, or religion, just now get to celebrate receiving basic rights; in this case, it is as basic as being able to publicly state their religious affiliation.

Calling this “progress” discredits the struggles and trauma that these marginalized groups have been experiencing for not years, not decades, but centuries. The government might seem liberal, and locals might be ecstatic about living in a semi-“normal” country, but this does not erase the thousands of years of religious propaganda that has been cultivated – a propaganda that has been disseminated to every single person living in the country whether it is through education, society or authority.

Saudi Arabia ranks 15th on Open Doors 2019 World Watch list of the 50 countries where it is most deadly to be a Christian.

Pray for Christians in Saudi Arabia as they go through persecutions for thei faith in Jesus Christ.

This Article was Originally Published By Egyptian Streets.

Why Christians All Over The World Should Start Praying For President...