Bishop Dr. Mike Okonkwo is the Presiding Bishop of The Redeemed Evangelical Mission (TREM), a Church he founded 4th of January, 1981; a versatile man of God with over 30 years of dedicated service unto the Lord.

He however completed his primary education at St. Marks Primary School, Offa in Kwara State. He started his secondary education at Mayflower College, Ikenne and completed it at Merchants of Light Grammar School, Oba Anambra State in 1963.

Dr. Mike Okonkwo joined the Nigerian Ports Authority in 1964 where he worked only for 3 months before crossing over to the banking industry with African Continental Bank (ACB) with the mind of making a career in banking. He was a pioneer member of staff of the Martins street branch, Lagos from 1964 to 1966. Dr. Mike Okonkwo was deployed to the eastern branch of ACB during the civil war, which eventually interrupted his banking career.

During the war, he underwent the military training but had no opportunity to practice what he had learnt because the war ended the very night he was deployed to the warfront. After the war, he continued with his banking career at the Ogbete road branch of ACB where he was a pioneer staff.

Dr. Mike Okonkwo had an encounter with Jesus in November 1970 and for the 1st time, he started attending Church services regularly in the United Church of Christ, (UCC) which has her headquarters in Enugu. The call of God upon his life was evident and so he was ordained into the ministry in 1971. He took up his first pastoral responsibility in Lagos in November 1972 with UCC.

Dr. Mike Okonkwo graduated from the Morris Cerrullo School of Ministry and the Covington Theological Seminary in USA, and holds several doctorate degrees and honorary awards. He is the Convener of the Communion of Covenant Ministers International (CCMI) a gathering of Pastors designed for Fellowship, Spiritual Covering, Mentoring, Strengthening, and Networking, through conferences, seminars and other interactive sessions. He is a co-host of the National Ministers Conference (NMC). He is a Trustee and also a member of the National Advisory Council (NAC) of the Pentecostal Fellowship of Nigeria (PFN).

He is the Patron and Founder of the Empowerment for the Less Privileged (ELP) Foundation, a non-governmental organisation committed to alleviating the plight of the less-privileged in the society through donations to hospitals, establishment of free vocational training centres, running free preparatory schools for students in the secondary schools, and facilitating regular public enlightenment campaigns on health issues amongst others. He also pioneers a scholarship fund for talented students.

With a pastoral staff strength of over 250 men and women, the ministry has several arms all geared at reaching the “unreached” wherever they can be found. To this end, the ministry has a Prisons Outreach, which ministers to inmates in various prisons and remand homes; Word Ambassadors-this group of people organises crusades in various towns and villages; and the ‘’We Care’’ Ministry, which ministers to the less privileged through relief items, food stuffs, free basic medical care, soft short term loans and encouraging petty trading in order to make each individual self sustained.

Others are Dunamis Publications, which co-ordinates all literature generated from the ministry, Maranatha Power Play House, which ministers the word through various anointed drama presentations, The Singles Fellowship, set up to encourage the singles on how to enjoy and make the most of their single-hood while preparing them for the responsibilities of the married life, and The Intercessory Unit, the arm of the church that is dedicated to prayer not only for the ministry and programs of the ministry, but for the Body of Christ as a whole and Nigeria as a nation.

Still in a bid to positively affect the less privileged, Bishop Mike Okonkwo in partnership with his wife under the aegis of the Women of Global Impact, sponsors free cervical screening for women in rural areas and annual donation of food and clothing to the less privileged women with particular reference to widows in the villages. A peace loving man, he risked his life to ensure the reconciliation of warring parties during the Ogbunike communal clash which invariably led to the sustained peace the town enjoys today.

Bishop Dr. Mike Okonkwo is married to Bishop Dr. Peace Okonkwo and they are blessed with a daughter, Uche.

‘Hundreds Of Police Raided Our Church; But We Are Seeing Revival’: Chinese Pastor 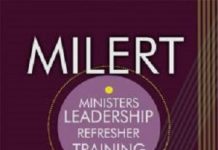 How To Register For Livingseed Ministerial Leadership Refresher Training (MILERT)

‘Hundreds Of Police Raided Our Church; But We Are Seeing Revival’:...

How To Register For Livingseed Ministerial Leadership Refresher Training (MILERT)