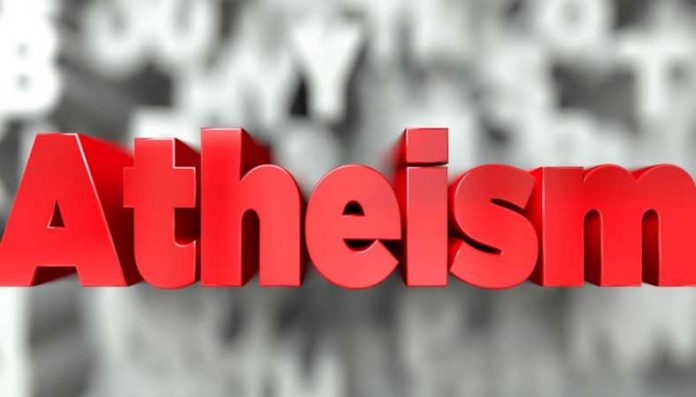 Dr. Joel McDurmon at the organization American Vision wrote about a University of York study involving magnetism and brain function:

“This has to be embarrassing . . . if you’re an atheist. A new study performed at the University of York used targeted magnetism to shut down part of the brain. The result: belief in God disappeared among more than 30 percent of participants. That in itself may not seem so embarrassing, but consider that the specific part of the brain they frazzled was the posterior medial frontal cortex—the part associated with detecting and solving problems, i.e., reasoning and logic. In other words, when you shut down the part of the brain most associated with logic and reasoning, greater levels of atheism result.

2 On September 19, 2011, the Discover Magazine website had an article indicating that there were empirical results showing a positive correlation between atheism and high functioning autism and the article declared:

“This is why the empirical results on the correlation between atheism and high functioning autism are important…..some people were angry that I seemed to suggest that atheists were antisocial weirdos. Well, there is some data to back that up.

3 Asperger’s syndrome (sometimes referred to as “High-Functioning Autism” or “HFA” is an umbrella term used to classify problematic behaviours similar to, but less severe than, those within the lower reaches of the autistic spectrum.

“ It’s by no means a scientific test, but it is interesting to note the coincidence that 59 of the virulent atheists over at Dr. PZ Myers place report an average score on the Asperger’s Quotient test of 27.8. And this does not include the two individuals who actually have Asperger’s but did not report any test results.”

As PZ himself said: “I took the test and scored a 24, an “average math contest winner.” You need a 32 to suggest Asperger’s, and a 15 is the average. So there. I don’t have Asperger’s, I’m just cruel and insensitive.”

Below is some information that Aspergerstest.com gives concerning interpreting their Asperger’s quiz results:

“Basically the range for possible answers is 0 to 50. The information below shows you the different ranges as recorded from others sitting this same AQ quiz over the years.

* 0-11 low result – indicating no tendency at all towards autistic traits.

* 26-31 gives a borderline indication of an autism spectrum disorder. It is also possible to have aspergers or mild autism within this range.

* 32-50 indicates a strong likelihood of Asperger syndrome or autism.

In fact, scores of 32 or above are one of strong indicators of having as ASD.

“ Believing in God can help block anxiety and minimize stress, according to new University of Toronto research that shows distinct brain differences between believers and non-believers.

In two studies led by Assistant Psychology Professor Michael Inzlicht, participants performed a Stroop task – a well-known test of cognitive control – while hooked up to electrodes that measured their brain activity.

Compared to non-believers, the religious participants showed significantly less activity in the anterior cingulate cortex (ACC), a portion of the brain that helps modify behavior by signaling when attention and control are needed, usually as a result of some anxiety-producing event like making a mistake. The stronger their religious zeal and the more they believed in God, the less their ACC fired in response to their own errors, and the fewer errors they made…

Their findings show religious belief has a calming effect on its devotees, which makes them less likely to feel anxious about making errors or facing the unknown.