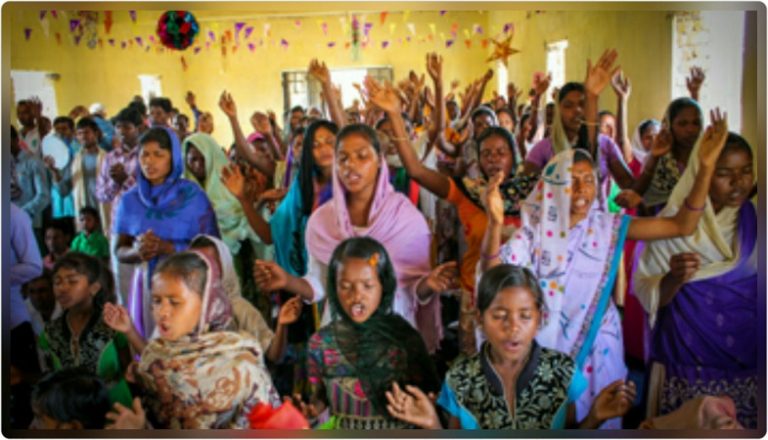 Ethnic rebels who closed more than 100 churches in eastern Burma (Myanmar) in 2018 have allowed 51 Baptist churches to reopen, sources said.

Ethnic Wa rebels of the United Wa State Army (UWSA) this week announced they had permitted 51 Baptist churches to reopen in northern Shan state after investigating the congregations and their activities for 14 months. The review process is still underway for the remaining churches, according to UWSA officials.

At least 10 church buildings were destroyed when UWSA troops closed the churches in September 2018 and detained more than 200 Christians who were later released after investigation.

“We are investigating the rest of the churches. We shut down the churches because some people who work at the churches were very extreme,” Nyi Rang, in-charge of UWSA’s liaison office in Lashio town, northern Shan state, told Morning Star News. “In some places, there were a few houses. But there were many churches. It created disunity with local ethnic communities.”

The general secretary of Lahu Baptist Convention, identified only as the Rev. Lazarus, said the churches were not “extreme.”

“I don’t think churches and our religious activities create division and problems, because we have churches that belong to ethnic Wa, Kachin, Lahu, Ahkar and Lisu,” Lazarus told Morning Star News. “There could be other reasons to shut down the churches.”
The re-opened churches are located in Shan state’s Panghsang, Hopang, Kho Pang and Namphan townships, he said.

Most of the population in the Wa region bordering China worships spirits, called Nats. Many ethnic races such as the Lahu, Ahkar, Kachin, Lisu, as well as some Wa, however, are Christian. There are some Buddhists in the region.

The UWSA is Burma’s largest ethnic armed group, with an estimated 30,000 soldiers. Its leaders have communist views, a reflection of their long-time proximity to the Chinese border.
Lazarus said denomination officials were happy that 51 churches were reopened.

“We are very happy, and we thank the Wa authorities for allowing us to reopen the churches,” Lazarus said. “We hope that they will also reopen the rest of closed churches.”

Christian leaders have said the militants, who predominantly follow tribal religions, seek to reduce the spread of Christianity.

The Lahu Baptist Convention released a statement on Sept. 25, 2018, asserting that some Lahu students detained by the UWSA were forced to serve as UWSA soldiers. Earlier that month, UWSA troops shut down at least 10 churches, including six belonging to Kachin Baptist Convention.

All church buildings constructed after 1992 would be destroyed or shut down as they were built without permission of UWSA’s leaders, the group said in a Sept. 13, 2018 press statement according to Morning Star News.

Burma is about 80 percent Buddhist and 9 percent Christian.

Burma is ranked 24th on Christian support organization Open Doors’ 2018 World Watch List of the countries where it is most difficult to be a Christian.