Abducting and marrying young Christian girls is not just common among Muslim youths, prominent Islamic leaders, including the emir of Katsina, in the north western state in Nigeria 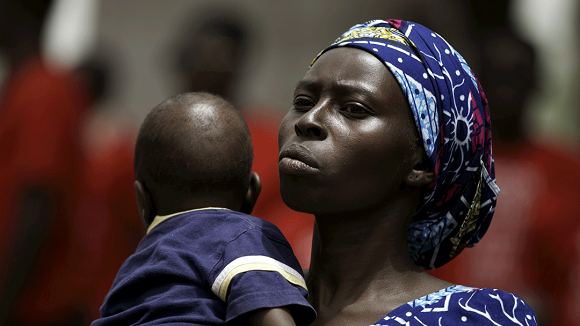 The increasing abduction of Christian teenage and underage girls, by Muslims and their ‘conversion’ to Islam and eventual forced ‘marriage’, in Nigeria, is creating concern for church leaders and Christian organisations in the country.

“It is often difficult to separate Islamic religious cultures from outright paedophiliac obsessions by the older Muslim men, who specifically target under aged Christian girls for marriage and sex,” according to an analyst said. “The targeting of Christian teenagers goes beyond Islamic culture and sharia law; it also presupposes that there is a deliberate agenda to destroy or cripple or distort a Christian community. It is ‘to sow a bloodline of a Muslim in a Christian family’ a Muslim friend told me. It is another form of jihad for them,” he added.

Abducting and marrying young Christian girls is not just common among Muslim youths, prominent Islamic leaders, including the emir of Katsina, in the north western state in Nigeria, have all been named as culprits. These high profile cases have, however, been kept under the radar and swept under the carpet by the both governments and the police. While the law demands those getting married should be above 18, a stipulation that is highly contested in many states, under the sharia Islamic law, a six to ten-year-old could be married off to a Muslim. Consent is immaterial within the circle. Nonetheless Christian marriages conducted in Nigerian churches are conducted only when the girl is 18 and above.

Rahila Hassan, 13, was abducted in Usumanti, a community along Gamboru Ngala road, Maiduguri. Her father works as a security man with the Church of the Brethren (EYN) Centre, where hundreds of Christian families fleeing the Boko Haram attacks are hosted. Due to the limited space and lack of food, Hassan had to take rented rooms in Usumanti, a Muslim community. The family lived there for about two years.

On a Wednesday, last year, Hassan told Global Christian News, Rahila was called out for an errand by their Muslim landlady. Magdalene, her cousin went with her. The landlady started asking to Rahila to convert to Islam so as to get married to a Muslim who will care for her, according to Magdalene who started to protest and the lady sent her away.

Hassan said, that day, Rahila did not return home and Magdalene told them what happened. The parents confronted the landlady who claimed that Rahila had left for home soon after Magdalene left the day before.

Hassan was later informed that Rahila was to be given to a Muslim as a bride the following day, which was a Friday. Hassan, along with some Christians, raised an alarm in the community, which was predominantly Muslim, and insisted they wanted Rahila brought out. But a group of Muslims quickly gathered and threatened to kill the family and burn down the house.

The police quickly intervened. The entire family of six, had to be kept under police custody overnight.

A policeman in the station, who is a Christian, alerted the EYN church and asked the church to continue to protest to prevent the girl being married and disappearing into purda.

Comfort Mark, a member of the EYN church said, “We quickly called a Christian lawyer, who called the Assistant Superintendent of Police in Usumanti on phone to ask about the case. The superintendent said he did not understand or speak English and hung up.

With the intervention of the police commissioner Rahila was returned to her parents at about 7pm on Monday. Even then, the police would not let Rahila go until N2,200 (about £5) was refunded to them for ‘medications and treatment’ given to Rahila from bruises she had from the scuffles on Thursday. Comfort Mark had to pay because the girls father did not have the money.

Rahila’s parents had to go to the church IDP camp because they feared they will be attacked by the Muslims there.

Patience Iliya Titus was 14, when she disappeared from home in Maiduguri. Her father Iliya, is a single parent, his wife had died years back. Iliya, found out after two days, that she had be ‘converted’ to Islam, her name changed to Maryamu and is married to a Muslim imam, he later knew, who was called Mallam Umar.

“I called some friends to help because in this community, even the police can do nothing,” he told Global Christian News. “Three times, with the help of friends, and got her out. And each time she comes home, they still find ways of getting to her and taking her away.” He said. “On my third attempt, Muslim men came after me and threatened to kill me.

“They surrounded my house and forcefully took her from me. They then said I should go the Lawan, the house of the community head, who is a Muslim, to settle the matter. I refused to do so because I was afraid.” Iliya said.

“Instead of going to the house of the community head, I reported the matter to some soldiers, at a military post nearby who were stationed there in the fight against Boko Haram. The soldiers intervened and gave the Muslims men a few hours to bring the girl out from where they had hidden her. Rather bring her to the soldiers at the military outpost, they took Patience to a police station.

“The soldiers then went with me and when we got to the police station there was a large mob of Muslims threatening to burn down the station if the police gave patience back to us. The soldiers eventually succeeded in getting her out and escorted us home.

“In about three days, they still found a way to get to Patience and she left home and went back to the Muslims and I never knew where she was. I never saw her for four years.” He said. “She was just 14, they made her leave school, they wanted to ruin her future,” said Hassan.

“The next time I saw Patience was when she came back home with a child, named Abubakar.

She pleaded for forgiveness and said she no longer wants to be a Muslim,” said Iliya, his voice trembling. “They simply wanted to destroy the girl’s future, get her to breed their children. She said she was in the house of her husband, Umar, in Bolori. And since she came, she has been having terrible nightmares and this day while we were praying, she fainted. We had to get help for her.”

Arrangements have been made to move both Patience Iliya and Rahila Hassan to a school in Jos, Plateau state, Central Nigeria.