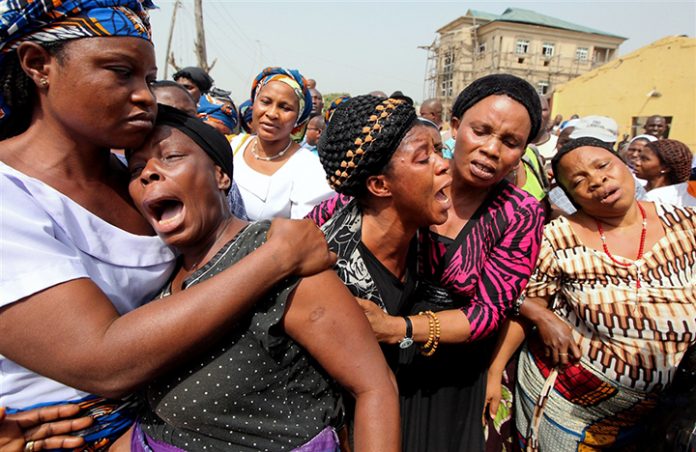 Not less than 1000 Christians in Nigeria have been killed by the islamist insurgents since the beginning of 2019, a report by Humanitarian Aid Relief Trust (HART), has revealed.

The report was presented last month at the International Organisation for Peace and Social Justice (PSJ) crisis conference in London, according to ChurchTimes.

The PSJ promotes peace-building and social justice in Nigeria.

Baroness Cox, Founder of HART, explained that herdsmen were largely responsible for the new wave of violence in the country.

Baroness Cox, who founded HART to promote and support peace and development groups in Nigeria, has recently returned from a research trip to the country. She explained that the Fulani herdsmen, a nomadic ethnic group of about 20 million people across 20 West- and Central-African countries, were largely responsible for the new wave of violence. The terrorist group was listed as the fourth most deadly in the Global Terrorism Index in 2016 and 2017.

The HART report, which is named after a common threat to Christians in the country, notes a series of trends that suggest that religion and ideology are key motivations behind the attacks. This includes a “warning signal” sent by the Fulani (in line with the rules of engagement in jihad) to alert villagers of an imminent attack; specifically targeting Christian pastors; destroying hundreds of churches; and reported shouts of “Allahu akbar” and “Wipe out the infidels” by the Fulani during attacks.

Cox urged the United Kingdom Government to make its annual £300m donation to Nigeria conditional on the Nigerian Government’s taking determined action to stop the killings.

She said, “While the underlying causes of violence are complex, the asymmetry and escalation of attacks by well-armed Fulani militia upon predominantly Christian communities is stark, and must be acknowledged.

“It is too simplistic to label these atrocities as driven by desertification, climate change, or competition for resources.

“Unless the UK and Nigerian governments are willing to address the massacre’s ideological roots, they will never be able to help the innocent victims being slaughtered on the killing fields of Plateau, Benue, Taraba, Southern Kaduna, and parts of Bauchi.

“To the extent that the Nigerian leadership abdicates its fundamental duty to look after its most vulnerable citizens, we suggest making UK foreign aid to Nigeria conditional on the successful protection of Christian communities.”

The report also asks the international community to recognise the attacks as genocide and an abuse of religious freedom, and to hold the Nigerian authorities accountable.

Nigeria is ranked 12th on Open Doors’ 2019 World Watch List of countries where Christians suffer the most persecution.