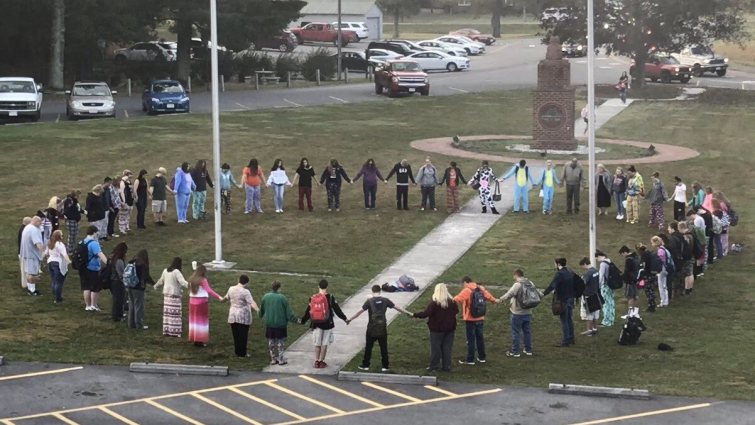 Revival is exploding in Tennessee as churches from various denominations have partnered together in prayer and fasting.

Some 1,000 churches in Tennessee are joining together for prayer and fasting as part of Awaken Tennessee, a 30-day prayer event.

Pastors are reporting their services are exploding with revival services as a result of the Holy Spirit showing up and taking over.

Awaken Tennessee kicked off Jan. 26 and runs through Feb. 23.

Marked by fasting and sincere repentance, “waves” of revival are breaking out as the Holy Spirit is stirring across the state of Tennessee.

According to CBN News, 220 churches in East Tennessee are joining in the event. Another 800 from central and west Tennessee have also committed to the month of prayer.

Pastors in Tennessee say the event has already generated interest in the community with revival services happening all over the city. CBN News reports that the pastors say visitors attending the services have said they can “feel the Holy Spirit as soon as you enter the building.”

“This is not about my church or a denomination, we are simply hosting an event in partnership with churches to see true lasting revival take place,” said Rev. John Butler, pastor of East Rogersville Baptist Church.

“The Holy Spirit came and took control,” he said. “From the first worship song, people began to flood the altar for prayer, and continued to do so for restoration and to receive Christ. We haven’t manipulated our people. They came expectant and God simply showed up.”

“In the past you’ve had revivals that have been somewhat based in one thing or another. I think for us this really is a Word-driven and prayer-focused time of revival. When you look back at the first, second and even third Great Awakenings you see this word excesses, strange things happening. We’re not seeing any of that,” Butler said.

“What we’re seeing is God’s presence is in this place and people are convicted of sin, they repent. If they’ve got a relationship with Jesus, they repent and He cleanses them. If they don’t have a relationship with Jesus that’s what happens, they’re born into the Kingdom. We’re seeing people saved. God’s doing a considerable work [among] our students.”

He added: “People are coming and we’re worshiping God and God is changing lives.”

The revival has been described as “exploding” in Tennessee.

“This rally is not about our church or any particular denomination, but it is our effort to join the concentrated prayer effort across the state for true revival in our churches that precipitates an awakening in our communities, state, and nation,” Sheldon Livesay, the East Tennessee coordinator for Awaken Tennessee told the Rogersville Review. “There are exponential results as you bring multiplied groups together to pray.”

“There has been a 50-year history of intense prayer across our region and the last two years we’ve seen God lead cities of churches together to do prayer walks, crusades, and tent revivals,” Livesay added.

“Awaken Tennessee seems it has brought that extra Holy Spirit presence through prayer and fasting that we see exploding in church after church.”