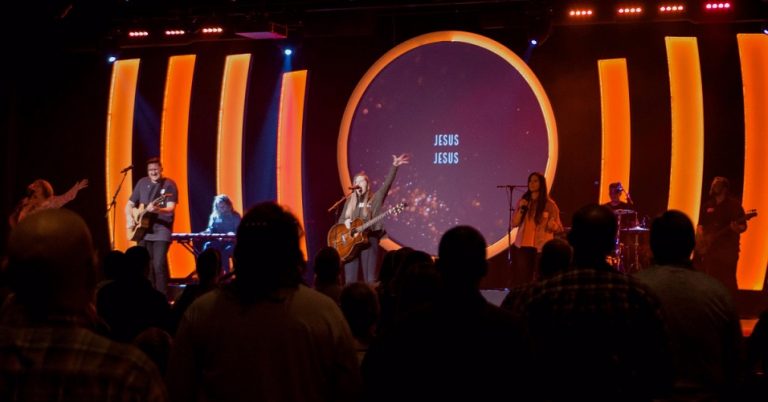 The coronavirus pandemic has sparked a change in the song choices of America’s churches, according to new data.

The most popular church song during the lockdown was Horatio Spafford’s It is Well With My Soul, which saw a 68 percent increase in use, according to Faithlife Proclaim, a church presentation software from the company Faithlife.

The data was gathered between March 15-31 and April 20-May 10 when most churches had halted in-person meetings and were gathering online.

The second-most popular tune was Thomas Obadiah Chisholm’s Great is Thy Faithfulness, which saw a 64 percent increase in use.

“It’s inspiring to see how the popular song choices and lyrics therein among churches reflect themes of trust, faith and praise, even though the world is experiencing unprecedented hardship,” said Bob Pritchett, founder and CEO of Faithlife. “The Lord is working throughout this difficult time, and it’s evident based on the worship song choices among churches that Christians in this country believe that to be true and are trusting Him to carry us through this pandemic.”

The complete list of the 10 most popular church songs during the pandemic follows:

1. It is Well With My Soul by Horatio Spafford (68 percent increase).

2. Great is Thy Faithfulness by Thomas Obadiah Chisholm (64 percent).

3. No Longer Slaves by Jonathan and Melissa Helser (23 percent).

4. Raise a Hallelujah by Jonathan and Melissa Helser (15 percent).

Meanwhile, Be Still, My Soul – 23rd on the list – saw the largest percentage increase (132 percent) of usage during the pandemic Christian Headlines reports.