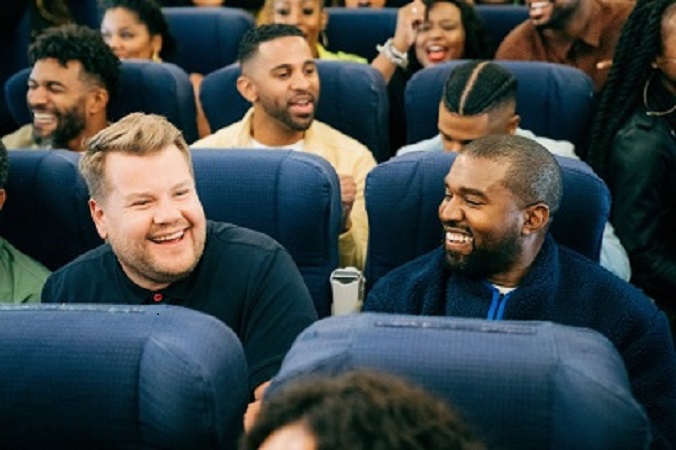 Kanye West, a man not shy to express his opinion, has explained that his recent $68 million tax refund arrived to him as a gift from God in appreciation of his decision to become a born-again Christian.

Now putting his faith in religion, West revealed that he cashed in on a massive $68 million tax refund which drastically turned his financially difficult situation around after he revealed he was in dire debt. Reflecting on that moment during James Corden’s Carpool Karaoke feature, West said the financial reward was handed to him by God.

While ‘The Jesus Is King’ rapper has dedicated his time in preaching the gospel and working for God, he’s also getting some financial benefits off it.

Apart from his recently released short film ‘Jesus Is King’ hitting over $1M In Box Office on opening weekend, he claims he’s gotten a sum of $68M tax refund.

Kanye admitted on Twitter some years back that he was $53M in the hole. He’s far past those days and he believes his newfound faith in God is a reason for it. “God is using me to show off,” Kanye told Corden.

“Last year I made $115 million and still ended up $35 million in debt. This year I looked up and I just got $68 million returned to me on my tax returns.”

Kanye West ‘Jesus Is King’ Album – All Tracklist And Lyrics

People need to hear [from] someone that has been put into debt by the system, talk about these type of numbers now that they’re in service to Christ,” he added.

Watch the video below: