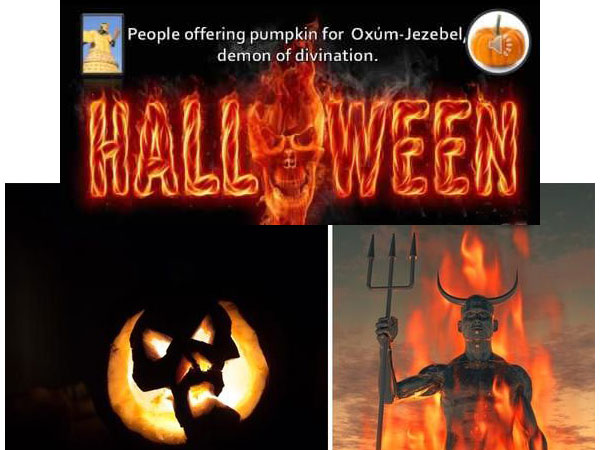 According to a CBN News Facebook poll, 87% of believers feel that Christians should not celebrate Halloween, while 13% others believe it’s okay to celebrate it.

A former Satanist believes Halloween should not be celebrated as he believes it opens the door for generations of family members to be cursed by the Devil.

Ramirez, now a pastor, knows all about the dark reality of Halloween. He once sacrificed animals as part of satanic rituals and his friends even knew him as “Lucifer’s son.”

Now as a born again believer, he strongly warns Christians against celebrating Halloween and participating in harvest festivals.

“The only harvest we should celebrate is the harvest of souls,” he adds.

Ramirez says that in his opinion the other events Christians hold instead of Halloween, such as “Trunk or Treat” nights, are really no different.

However, Pastor Alan Rudnick believes that Christians should take back Halloween.

“Halloween is often associated with the pagan concept of Samhain, the festival where ancient pagans believed that the worlds of the living and dead would have been thinly divided,” he writes on his blog. “But, we have seen from the other ancient pagan festivals associated with Christmas and Easter that these pagan connections do not serve as a reason why we cannot celebrate a Christian holiday.”

According to the website Equipping Godly Women, Halloween can be a good opportunity for outreach and to teach about good vs. evil.

However, Anton LaVey, the late founder of the Church of Satan, once said he took joy in believers taking part in the tradition.

“I am glad that Christian parents let their children worship the devil at least one night out of the year,” he said. “Welcome to Halloween.”

Halloween is an annual holiday celebrated each year on October 31. It originated with the ancient Celtic festival of Samhain, when people would light bonfires and wear costumes to ward off ghosts.