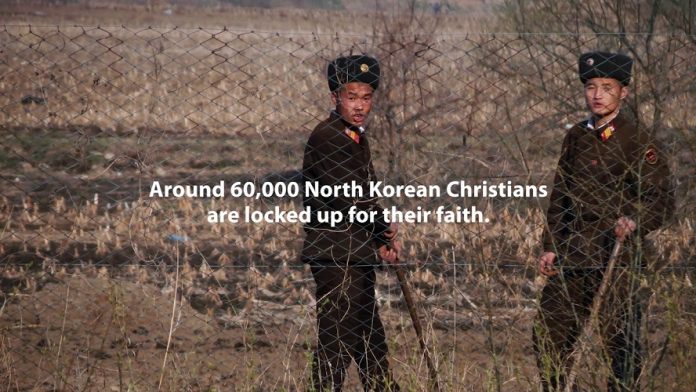 The Voice of the Martyrs in Korea has launched a global letter-writing campaign urging the release of an ethnic Korean Chinese Christian who was kidnapped from China six years ago, put in a North Korean prison, and sentenced to 15 years in prison for sharing the Gospel to North Korean people.

An ethnic Korean Chinese Christian, Jang Moon Seok, who ministered to North Koreans in Changbai, China as a deacon alongside martyred Pastor Han Chung-Ryeol, spent his 2,000th day in a prison inside of North Korea while his coworkers mobilized a global letter writing campaign urging his release.

Voice of the Martyrs (VOM) Korea representative Dr. Hyun Sook Foley shared, “Deacon Jang, who is also known by his Chinese name Zhang Wen Shi, is an ethnically Korean Chinese citizen who was kidnapped in November 2014 from China and put in a North Korean prison.”

“We believe the reason for his kidnapping was to gather information about the North Korean ministry work we were doing with Pastor Han.” Fifteen months after Deacon Jang’s kidnapping and arrest, Pastor Han was lured from his home and stabbed to death in Changbai, She continued.

Since Jang’s arrest on November 1, 2014, several North Koreans have either encountered Jang in prison or hear about his news, which was then shared with VOM Korea. He is currently serving a 15–year prison sentence for defaming the regime, attempt to incite subversion of state power, and providing aid and gospel to North Koreans.

Foley added that Jang “is a simple man who never did anything political. He just helped North Korean people for many years. That should never be a crime, and Christians should join together to help Deacon Jang and his family.”

This month, VOM Korea launched a letter writing campaign to the North Korean Ambassador to the United Nations advocating for Jang’s release. Representative Foley is calling on Christians to participate in the campaign by emailing DPRK Ambassador to the United Nations Kim Song at [email protected] or sending a letter to him addressed in English, in simple sentence to request Jang’s return, as criticism and accusation would not be well-received. The address is as follows: