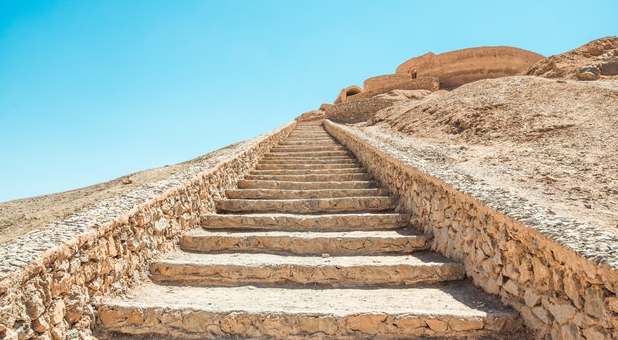 Archaeologists in Israel have said they may have discovered the true location of Emmaus, the biblical town in the bible (Luke 24:13-35), where Jesus first appeared to two of his followers after being crucified and resurrected.

A report by Haaretz shows that researchers found the massive 2,200-year-old walls of a Hellenistic fortification believed to have been built by the Seleucid general who defeated Judah the Maccabee, the Jewish leader spoken of in the Hanukkah story.

Since 2017, a Franco-Israeli expedition has been digging at Kiriath Yearim, a hill overlooking the approach to Jerusalem a few kilometers west of the city, next door to the town of Abu Ghosh. The site is mainly known for being the spot where the Ark of the Covenant was kept for 20 years before being taken to Jerusalem by King David, according to the Bible.

Tel Aviv University archaeologist Israel Finkelstein and Thomas Römer, a professor of biblical studies at the College de France, argue that the hill of Kiriath Yearim and the adjacent town of Abu Ghosh should be identified as Emmaus.

“The importance of this site, its dominant position over Jerusalem, was felt again and again through time: in the eighth century B.C.E., and then again in the Hellenistic period and then again after the First Jewish Revolt and the sack of Jerusalem in 70 C.E.,” Finkelstein told Haaretz.

Judah the Maccabee, a priest who led a Jewish revolt against the Seleucid empire, was defeated and killed here in 160 BC by the Seleucid army led by general Bacchides. Bacchides fortified the towns surrounding Jerusalem with large walls, including the biblical town of Emmaus. Finkelstein and Römer believe they may have found the walls built to fortify Emmaus.