Thank God for the war in Syria; it brought us to Jesus Christ. 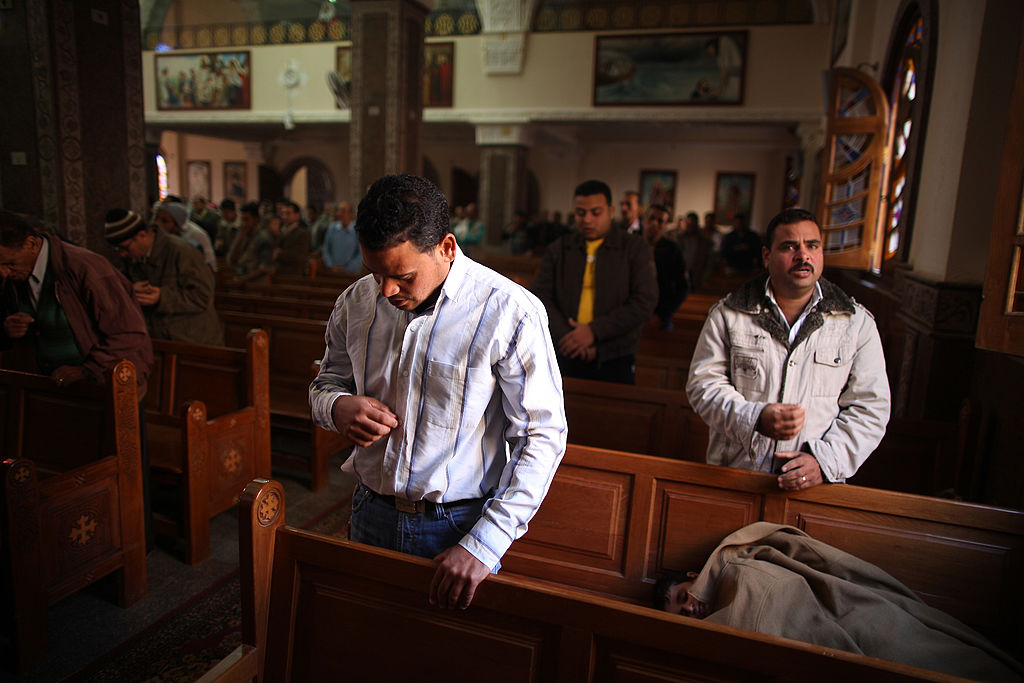 Before the war in Syria and Iraq, in the course of everyday life, stories of Muslims in the Middle East turning to Jesus seemed rare.

Ironically though, as violence has surged in the region, an unexpected emotion has sprung up in an area that appears overrun by anger and hate: Love. Christians in this region report increased opportunities to show love to refugees fleeing their homes as a result of war. This has resulted in area Muslims coming to Jesus in unprecedented numbers.

Video Of Thousands Of Muslims Baptize As They Cry For Joy, Speak In Tongues

One woman, Karima*, is a good example of such stories. Karima fled from Aleppo and, in the course of her journey, ended up coming to Christ. Now, Karima participates in a discipleship group. “The biggest change in my life is that I know I have eternal life. My name is written in the book of life. God gave me peace in my life, and He gave me joy. Life is beautiful, even in the midst of all the trouble.”

Karima’s husband, Fadi*, also converted after reading the New Testament and encountering the love of Jesus in both the pages of the Bible and in the actions of believers. “I read about the teachings of Jesus, the high values and virtues. The high standards Jesus teaches are the biggest evidence that these are teachings of God. What also attracted me is the loving environment of the church; that is something impossible to find outside. The man who discipled us considers us his family, he is ready to protect us.”

Since converting, both Karima and Fadi have taken up teaching Syrian refugee children in Lebanon. In the course of their new lives, however, they have seen both ups and downs.

God Was Removing My Pain While I Was In Prison: Pastor Shares

On a positive note, Karima is grateful that God provided both jobs and a place for them to live. She also witnessed miracles—such as the healing of her sick son—after the pastor of a church prayed for her.

But, Karima admits, there is still hardship lurking alongside the hope…

“Up until now, my parents didn’t know about my conversion because they fled to another country. My family is very conservative; they are Shiites. If they heard about my conversion, they would kill me. We would lose our children.”

What Caused 3,000 Youths Jam Altars And Weep With Repentance?

After becoming a Christian, Fadi also faced challenges. He was attacked by two people. “They hit me, and one of my eyes was damaged as a result.” In addition, Fadi sadly discloses that after his parents found out he had become a Christian, they rejected him.

A pastor of a church in Lebanon explains that Karima and Fadi’s experiences are not unusual and they are certainly not the only ones coming to Christ in this season. “The church has grown dramatically in the past years. We had one worship service on Sundays, now we have two. Both services are packed. We now have some 25 house churches.”

“We have separated this work from our church building. People who give their lives to Jesus don’t do so because they want a food package. They come to church because they feel comforted. I heard people testify: ‘Thank God for the war in Syria; it brought us to Jesus.’”

“Churches have changed a lot because of the refugee crisis in Lebanon,” he continues. “God is at work in a special way. We see a lot of new faces being baptized. In the coming few years, we will be the minority, and believers from other backgrounds will be the majority.”

The pastor’s church is busy showing love to these refugees, especially knowing that the consequences for these new believers—like Karima and Fadi—are enormous. “New Christians have to leave their context and their families. They know that whoever leaves Islam should be killed.”

But this hardship—in the pastor’s mind—is always laced with hope; the violence consistently penetrated by love. Out of it, he is witnessing an unusual number of conversions. “These wonderful new believers will become preachers all over the Middle East. God is waking up a sleeping church; a new nation of new believers is being born.”