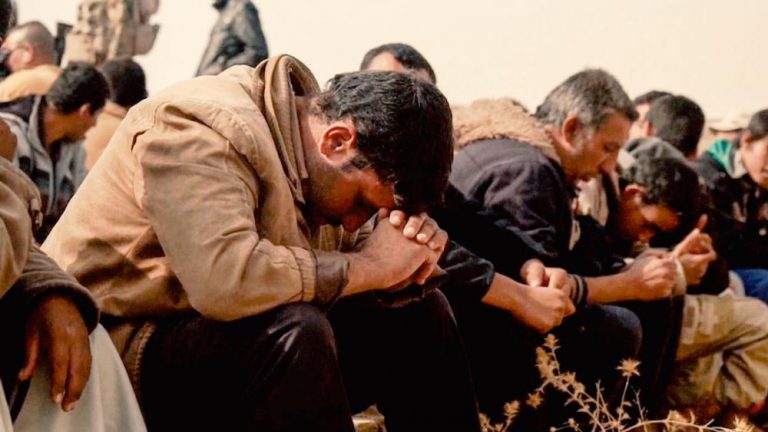 About 80 Muslims at a refugee camp in Hamburg, Germany, have been baptized into the Christian faith despite the ongoing physical and sexual abuse that Christian converts face at such camps in the Western country.

“While Christian converts suffer in great measures at the hands of their Muslim neighbors in Germany, around 80 refugees were recently baptized into Christianity,” International Christian Concern, a persecution watchdog group, noted on Tuesday.

Mohabat News reported that Pastor Albert Babajan conducted the mass baptism of refugees at the camp in Hamburg, revealing that one of the main motives for their conversion is disappointment with Islam.

Shima, one of the converts to Christianity, explained her decision, saying, “I’ve been looking all my life for peace and happiness, but in Islam, I have not found it. To be a Christian means happiness to me.”

Babajan admitted that some of the refugees who choose to convert to Christianity might be doing so because they fear they might be killed if they are sent back home to their home countries, where they face terrorism from radical groups.

The pastor revealed, however, that he has a way of telling whether a person is genuine in their conviction.

“Because the Christian faith changed the way of thinking, the world view. If someone told me that at night he can sleep again or an old enemy could forgive, then I know that in his heart he is a Christian,” he said.

Although many refugees are seeking protection at German refugee camps, a major report by watchdog group Open Doors earlier in May found out that there have been over 300 incidents of Christians being physically or sexually assaulted by Muslims in refugee camps in the country.

A number of such incidents have been downplayed by German authorities who are fearful of growing anti-immigration sentiments in the country, the report alleged, however.

“Despite increased reports about this problem by the media, charities, human rights organizations, church leaders and Christian organizations, German authorities and politicians have hardly ever launched an investigation,” the watchdog group warned.

“Instead, we believe that incidents are deliberately downplayed and even covered up. During confidential discussions with researchers from Open Doors, it has become known that even in police stations, religiously motivated attacks on Christian refugees are not documented as such,” it added.