I want our politicians to see what is happening and I want the voices of these people who have been persecuted, I want their voices to be heard. 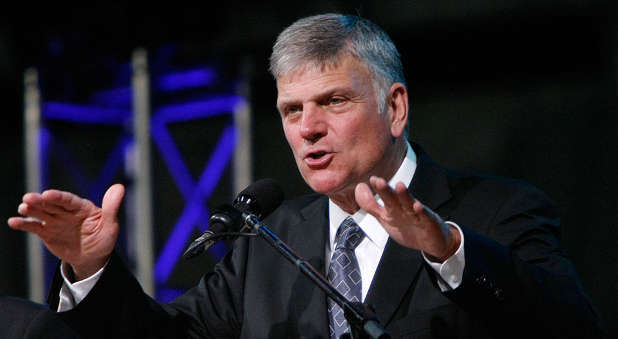 Christians being persecuted in America deserve as much attention as those being attacked overseas, Rev.Franklin Graham said this past week as he prepared for next week’s World Summit in Defense of Persecuted Christians.

Graham, speaking to Family Research Council President Tony Perkins on Perkins’s Washington Watchprogram, talked about the roughly 90,000 Christians worldwide who are killed because “of their faith.”

“It’s not with a gun or a sword but they’re being forced out of businesses because they do not support the gay-lesbian agenda.”

Graham said Christian after Christian has faced persecution for standing up for his or her faith.

“You take the bakers, the Kleins who had the little bake shop in Oregon,” he said.  “The family in Washington state that had the Christian pharmacy but they refused to carry the morning-after pill because they felt that was abortion, they were a Catholic family — and they lost their case before the courts.”

“It’s over and over and over again across the country where Christians are being singled out, their businesses, because they won’t support the agenda of another group of people,” he added.

Graham said awareness of this persecution is the first step to reducing it.

“I want our politicians to see what is happening and I want the voices of these people who have been persecuted, I want their voices to be heard. I want to give them a stage for them to be able to tell their stories and do it right there in Washington, where hopefully, we can see some policy changes,” Graham said.