The United States and India were at loggerheads on Thursday over Compassion International, a Colorado-based Christian charity that was forced to shut its Indian operations after 48 years over accusations that it had converted Indians to Christianity. 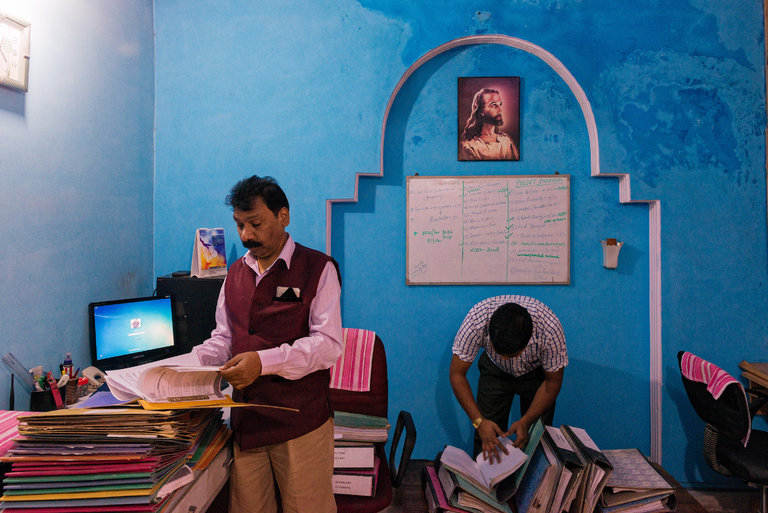 Leaders of the charity complained this week that they were being forced out of India without an opportunity to review the evidence or respond to the accusations.

Mark Toner, a spokesman for the State Department, said that Washington would raise the issue with India, and he urged New Delhi to “work transparently and cooperatively” in enforcing laws regulating foreign aid.

“Unfortunately, we’ve seen over the past couple of years a number of foreign-funded NGOs in India that have encountered significant challenges in continuing their operations,” he said.

“These NGOs do valuable work,” he added. “Certainly, these countries and governments have their own reasons for the laws they pass, but we believe it should be transparent and clear why they’re shutting down these organizations.”

Gopal Baglay, a spokesman for India’s Ministry of External Affairs, responded hours later, calling the decision “a matter of law enforcement, a matter pertaining to following the laid-down laws of the country.”

Mr. Baglay also dismissed an account by the charity’s executives saying that they had been approached in the United States by a representative of Rashtriya Swayamsevak Sangh, a right-wing Hindu organization associated with the party of Prime Minister Narendra Modi, and had been offered leniency on the condition that they distribute donations through non-Christian service groups.

“As far as the alleged role of the R.S.S.,” he said, “I will mention for the benefit of the audience here that any such suppositions are completely extraneous to the matter.”

Rashtriya Swayamsevak Sangh also took the rare step of rebutting Compassion International’s account of a back-channel negotiation with a representative in the United States, describing it as “unfair and totally false.”

The Hindu organization works only in India and has “no representative in any foreign country, including U.S.A.,” said the statement, which was signed by a spokesman, Manmohan Vaidya.

The statement went on to condemn a recent New York Times article as “an attempt by N.Y.T. to malign the image of R.S.S.”

Indian officials say the charity’s partners in the country had violated the law by engaging in religious activities despite being registered as a “social, cultural, economic and cultural” organization.

They also say Compassion International had declined a government offer to re-register as a religious organization, which would have allowed it to continue its work in India.

India has long had a law regulating the use of foreign aid, but Mr. Modi’s government has applied it more stringently than in the past, refusing to renew the registrations of more than 11,000 nongovernmental groups, most of them small operations.

The Foreign Contribution Regulation Act prohibits foreign donations for activities “detrimental to the national interest,” including those that disturb religious harmony. Charities with religious affiliations, of which Compassion International is the largest, make up more than half of the top 15 donors to India.