BELFAST, Northern Ireland — The Christian owners of a bakery in Northern Ireland state that they plan to appeal to the U.K. Supreme Court a lower court ruling declaring them guilty of discrimination for declining to print the phrase “Support Gay Marriage” on a cake.

“The Ashers Baking Company has confirmed that it plans to launch an appeal to the Supreme Court over the gay cake case,” the Christian Institute states, noting that paperwork will be filed next month.

Attorneys for the Asher family, as well as the attorney general for Northern Ireland, had asked the court for leave to appeal. While Attorney General John Larkin was denied referral rights, the family was allowed to file. 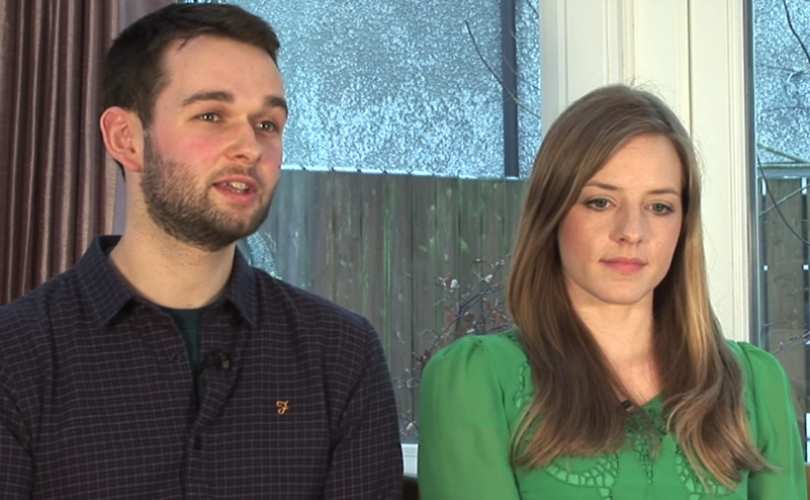 “Earlier this week the Attorney General of Northern Ireland was refused the right to refer the devolution issues in the case to the Supreme Court,” the Christian Institute outlines. “Lord Chief Justice Declan Morgan left the way open for the firm to take the matter further when he stated: ‘We refuse leave to appeal; we consider the matter should be properly left to the Supreme Court.’”

As previously reported, in May 2014, Ashers Baking Company in Newtonabbey—named after Genesis 49:20—was approached by a same-sex “marriage” supporter to bake a cake that was to feature the phrase, as well as the logo for the homosexual advocacy group QueerSpace. According to the Belfast Telegraph, the cake was for an event in observance of the International Day Against Homophobia and Transphobia.

Karen McArthur, the mother of manager Daniel McArthur, then 24, initially accepted the order as she didn’t want the man to feel embarrassed. But as the matter was discussed with other family members, it was agreed upon that they could not go through with putting the message on the cake in good conscience before God.

Daniel McArthur told reporters that the company contacted the customer and offered a refund, explaining that same-sex “marriage” is against their Christian beliefs.

However, the customer, Gareth Lee, soon reported Ashers Baking Company to the Equality Commission of Northern Ireland, which in turn sent a warning to to McArthur, stating that he and his bakery had discriminated against Lee.

In November 2015, the Commission ordered the bakery to pay compensation or face legal action. As the McArthur’s refused, the case moved forward in court. Judge Isobel Brownlie then ruled against the McArthurs, declaring them “guilty of unlawful discrimination on the grounds of sexual orientation,” and ordered the bakers to pay a fine equating to nearly $800 U.S. dollars.

“This is direct discrimination for which there can be no justification,” Brownlie said. “The defendants are not a religious organization. They are conducting a business for profit and, notwithstanding their genuine religious beliefs, there are no exceptions available under the 2006 regulations which apply to this case.”

Asher’s Bakery has stated that it is willing to serve homosexuals in general—one would not know about another’s sexual behavior unless they had requested a cake for such reasons—but should not be forced to decorate cakes with messages that urge others to “support gay marriage” in violation of their faith.

“This has never been about the customer. It has been about a message promoting a cause that contradicts the Bible,” McArthur said.

The McArthur’s therefore appealed the ruling last June, and the case went back to court. In October, the Belfast Court of Appeals concluded that although it is true that the McArthurs did not know Lee’s identity, the bakery still “discriminated against the respondent directly on the grounds of sexual orientation contrary to the Equality Act Regulations 2006″ for not printing the requested message.

Homosexual rights activist Peter Tatchell has defended the bakery, stating, “There was never an intention that this law should compel people to promote political ideas with which they disagreed.”

“This raises the question: should Muslim printers be obliged to publish cartoons of Mohammed? Or Jewish ones publish the words of a Holocaust denier? Or gay bakers accept orders for cakes with homophobic slurs?” he asked. “If the Ashers verdict stands it could, for example, encourage far-right extremists to demand that bakeries and other service providers facilitate the promotion of anti-migrant and anti-Muslim opinions.”