Many churches are getting snuffed out before they really get a chance to start burning. 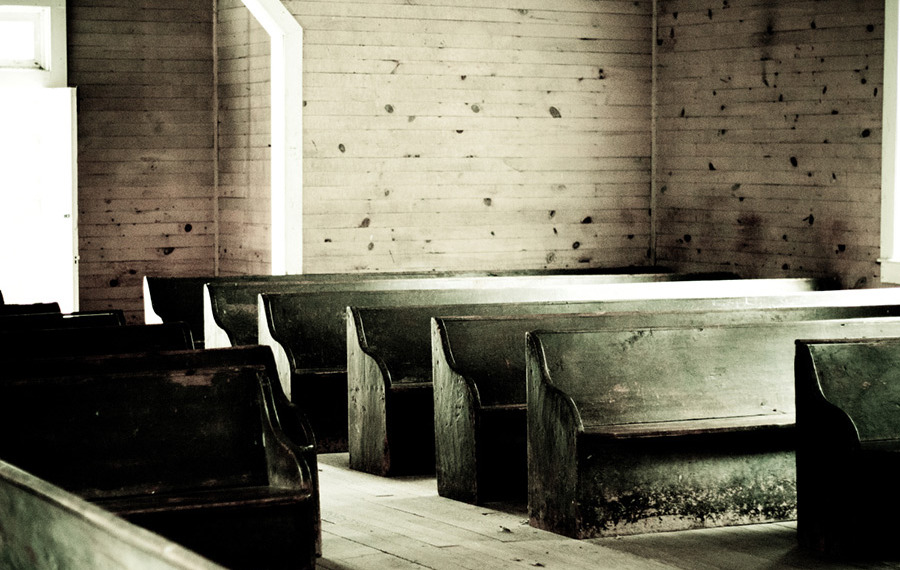 The past four decades of working with churches, as well as overseeing a network of churches, has taught me several lessons related to their success and failure.

In this article, I will try to pinpoint several salient issues related to church plants that can make or break them. I also speak in the context as someone who has planted and overseen a local congregation since 1984.

In reading Scripture, I am convinced that the devil cannot close a local church, movement or denomination. Jesus said in Matthew 16 that the gates of hell cannot prevail against the church, and Jesus also said in the book of Revelation (2:5) that He would remove the candlestick if it did not repent. Candlesticks stood for the church, according to Revelation 1:20.

I have given a lot of thought to the following points, since I have given my life to serve His body and believe the local church is God’s Plan A to fulfill His divine purpose for the earth. Since I live in and serve out of New York City, I will use this city as my primary reference because this is the laboratory I am familiar with.

The following are some main reasons why I believe many church plants fail:

1. The lead pastor has never heard from God to launch a church.

I am old-fashioned and believe that the first and foremost question a prospective pioneering pastor has to ask is “Did God really assign me to start a church?” This is in accordance with the biblical model, in which Jesus personally called His 12 to be fishers of men (Mark 1:17; 3:13-15). I have found that leading a local church is so difficult that, unless you are convinced God has called you to serve as a pastor, you will not be able to endure the great challenges you will face. If someone launches a church merely because they think it is a good thing to do, or because they need a way of making a living, they will quit once the fiery trials come their way.

2. The lead pastor and family are not acclimated to the culture of the city.

Many gifted church planters have walked away from their churches because either they or their family could not adjust to the challenges of living in a complex metro area like NYC.

My suggestion is, before you launch a church in a new city, live in that city for several years as a secondary leader who serves a congregation in that same region, making sure you know what you and your family are getting into.

3. The cost of living is high.

Most church plants will have a difficult time sustaining themselves for more than a few years if they do not have an adequate financial pipeline from a mother church and/or a denomination. The cost of living is way too high in a city like New York, as compared to most other places in the world, so everyone must adequately plan and count the cost before they launch a church here.

My wife and I launched a church in NYC in the 1980s with no money, no church planting team, in a very rough, at-risk community replete with drug-related violent crime and witchcraft. However, we lasted, going on five decades, because we were sent by the word of the Lord as confirmed by our pastor and mother church.

4. The leaders are not rooted in the gospel.

Some church plants have a lead pastor and core team with such theological divergence that, eventually, they find they cannot continue to walk together (Amos 3:3). The rigors of doing life together in the context of a church will smoke out all character flaws and core doctrinal beliefs.

5. They do not have their own facility.

Most new congregations will not have the money to purchase their own facility. This is why so many will start off renting a public school, since the price is reasonable; however, they are at the mercy of the mayor who can change policy and attempt to evict them. When you do not own your own facility, you are also at the mercy of a landlord who can raise the rent and/or throw you out if the community complains about you. Because of this, some pastors in Manhattan think they have to toe the line very carefully when it comes to preaching controversial social issues because they may risk getting evicted.

Congregations without the luxury of using a public school usually have to pay exorbitant rents, often having to move frequently from facility to facility, which makes it harder to grow a church with stability and consistency.

6. They build upon talent, not committed disciples.

Often new churches are so desperate for ministry volunteers they will place people in positions of leadership, including the worship team, who are not committed, mature disciples. This eventually causes frustration to the lead pastor because these immature people act out of their ego or become unreliable when the thrill of the new plant is gone or they do not have their way.

7. Their core team doesn’t have a common DNA.

Another issue I see besides theological divergence is that the church planting teams should have a history together prior to the plant to ensure they all have a common DNA when it comes to their values, methodologies, style of leadership and mission. Teams that are put together too fast or without prior relational capitol have a greater risk of failure due to division and lack of unity.

8. They were never properly prepared and sent from a mother church and/or denomination.

Many lead pastors start without being sent from their mother church and or an association of churches or a denomination. I have known of many independent churches led by a pastor who called himself to pastor and/or who split off from another congregation. Churches that start in an unbiblical manner usually have a short shelf life.

The biblical model is found in the way the leaders of the church of Antioch heard from God together and sent Barnabas and Saul to plant local churches, as found in Acts 13:1-2. Every lead pastor is either “sent” or just “went.”

9. The lead pastor is not functioning as a five-fold ministry gift.

Finally, it teaches us in Ephesians 4:11-12 that God calls certain leaders to function in one of five ministry gifts capable of edifying His church. If a person is not functioning in one of these five gifts (apostle, prophet, pastor, teacher, evangelist), they have no business attempting to serve as a lead pastor, since they are not graced to equip His church as an overseer. In my estimation, many lead pastors are not really functioning five-fold ministers but are people with a good heart to love and serve the flock of God. Many of these are best suited to be a deacon, elder, administrator or a staff pastor /counselor. They do not have the anointing, grace and leadership capacity to pioneer and/or lead an assembly.

Written By Joseph Mattera, an internationally known author, futurist, interpreter of culture and activist/theologian whose mission is to influence leaders who influence nations; and originally posted by Charisma News

Christian Boy, 14, Fighting to Life After Burn Attack In Eastern...