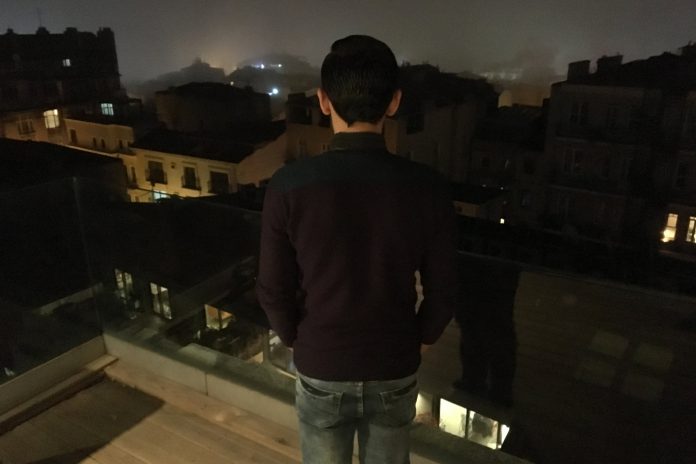 Allow me to introduce myself to you. My name is Joseph Abraham — previously Mahmoud kamalEldeen Mujahed. Having come to the truth after many years of searching, I believe God is leading me to share with others what He has done for me through His holy Word — the Bible. Please be patient in reading my letter.

I am Egyptian by birth, born in a Muslim home. My father was a Muslim priest (sheikh) and a teacher of Islam in Cairo, Egypt until his death. My family took pride in their Islamic heritage, for almost all my ancestors were Muslim clergy. In the early years of my life I was looked upon as a future Muslim priest. Therefore my family sent me to a Quranic school from the age of six or seven.

When I was still very young, I started asking questions about God, His judgment, His truth, man’s eternal destiny, etc. Since I was only a child, my questions brought mockery from others. Such treatment did not help, but only discouraged me. I lived in despair and hopelessness because my soul was seeking something Islam did not provide.

My Islamic background was rather shallow and superficial. My father, as a sheikh, memorized almost all the Quran, and encouraged me to do the same, whether I understood it or not. Thus I became a mechanically religious young boy, while my heart was dry, like a desert that seemed endless and hopeless.

Like most Muslims, I lived in a traditional Muslim neighborhood, where I heard the thundering voice of the calls to worship Allah, five times a day. We celebrated the Islamic holidays religiously.

I was taught that Islam was the final religion, which cancelled Judaism and Christianity, and that Christians worship three gods. I was taught also that Christians had corrupted the “original” Bible, which — supposedly — once contained references to the prophet of Islam. Islam also denies the death, burial, and resurrection of Jesus Christ. But there was never any serious attempt to explain the ground of such claims.

When I reached my teens the desire to know which religion is true grew in me. Because questioning Islam is not tolerated in a Muslim nation, my questions and investigations became rather on a private basis. But later many found out about my curiosity. They threw harsh accusations at me: I was called “mentally unstable” and “idiot”. Still others claimed that I was under the influence of an anti-Islam organization. Muslims made my life so intolerable that I wished to die. All I wanted to know is the truth.

In my early twenties I started searching again. Among the questions that concerned me were: Where will I go after I die? Don’t I have the right to know my eternal destiny? Why do Muslims so strongly reject discussing their own religion? Does God want people to be blind to their destiny? How can I know that Islam is the only true religion?

Having no help from anyone, I began to read books about philosophy and psychology, some of which promoted atheism. But denying God never silenced the inward seeking to know the truth. I was encouraged to hold to fatalism and apathy, but that made things worse. My soul still desperately sought the ultimate reality of our spiritual destiny and God’s eternal truth.

It bothered me to realize that I was considered a Muslim just because I was born to Muslim parents and lived in a Muslim nation. No choice was given me: no chance was offered me to examine and find the truth. Worst of all, many Muslims I knew (including my own family) were Muslims simply by heritage. I hardly saw any Muslim making a serious and diligent attempt to investigate their religion with hearts opened to the truth.

In 1968, while I was reading a certain book, I ran into some verses from the Bible which greatly attracted me. These verses spoke with authority about a Man whose name was Jesus Christ. This Man said to the world, “I am the way, the truth, and the life, no man cometh unto the Father but by me.” John 14:6

Dozens of questions jammed my head: Then what about the prophet of Islam? Why do Muslims never speak of Jesus Christ in this manner? They always speak of the prophet of Islam. Who is the “Father”? How can God be called “Father”? Who is His wife? What about Islam, which claims to be the ultimate truth? After all how can I trust the Bible, which Muslims claim is “corrupted”? And many more.

While reading more of the same book I came to other statements by this same Man, Jesus Christ, who said, “Come unto me all ye that labor and are heavy laden, and I will give you rest.” Matthew 11:28 I had sought rest for many years, and this Jesus claimed to be the source of rest, and invited others to come to Him.

At that time I had never had a Bible; I had never seen one. Then secretly I asked a professing Christian to lend me a Bible so I could read more about this Man who claims such authority.

About the same time I had heard about an American evangelist who was visiting Egypt. With great eagerness I sneaked secretly into a Protestant church to hear his messages from the Bible. Because he knew no Arabic, he spoke through an interpreter. I heard things I had never heard before. I had never realized that the Bible is the source of God’s eternal truth.

In the past I had read and memorized passages from the Quran. I learned Islam for years, but God never spoke to me through its teachings. In contrast, when I read verses or heard messages from the Bible there was a different voice speaking a different message with a different authority.

I gathered the courage to go forward to the preacher to tell me more about Christ and the Bible. I asked him if a Muslim could also have access to the Bible and the heavenly Father. Could I too, know for sure about eternal life, forgiveness of sin, escape from hell, and becoming a child of God?

The preacher shared with me John 3:16, “For God so loved the world, that He gave His only begotten Son, that whosoever believeth in Him should not perish, but have everlasting life.” This verse alone has the answer to all religions. God sent His Son to die in our behalf because of the sin of all mankind. It takes only believing this truth to escape eternal hell. God did that out of love and the goodness of His heart; but also because He is a righteous judge. The judgment of God requires a penalty for sin. “The wages of sin is death…“Romans 6:23a But God is also merciful; that is why he gives us the alternative: “but the gift of God is eternal life through Jesus Christ our Lord.” Romans 6:23b

The simple truth was too good to be true — but it is true, because it is God’s Word. I could not ignore God’s call to me — “Come, come, come.” “Today, if you hear His voice, harden not your heart.” Hebrews 3:7-8 And the more I read and heard the quotations from the Bible, the more I became convinced that God was speaking to me personally.

God’s Word continued addressing my heart. “How shall we escape if we neglect so great salvation?” Hebrews 2:3 There is no escape from God’s eternal judgment on sinful man unless they come to acknowledge Who Jesus Christ is, and what He did for them. God gave a warning in case I hesitated to believe His Word: “Behold, now is the accepted time, behold now is the day of salvation.” II Corinthians 6:2 That simply means that tomorrow can be too late. To reject Christ as Savior of the whole world brings the judgment of God, who provided His Son to take our place on the cross of Calvary. Does it matter what all other religions teach? No. Why? Because God’s eternal truth does not change.

Finally, after years of agony I was led to the truth, the Lord — my Savior, the Lord Jesus Christ. He is God; He is the truth; He is the giver of life; He is the only way of salvation.

Dear Muslim friend, remember, you will stand some day before the throne of God, just by yourself. Would you be able to stand God’s judgment?

Christians — those who believe Christ as their Savior — are no longer under God’s judgment, because God already judged them in the Person of Christ. He died for them. Well, He died for you too.

Now, may I ask you, what would stop you from telling God right now that you are a sinner and that you want Christ to save you? Trust Him as your Savior right now. Then there would be joy in heaven for the salvation of your precious soul.

I searched for truth for years, until God reached out of heaven and sent His servant the preacher to lead me to Christ. God is doing that now. You too can know the truth and enjoy the same spiritual freedom I have. “…and you shall know the truth and the truth shall make you free.” John 8:32.

Dear Muslim friend, come join us in the spiritual freedom we have in Christ our Lord, and let us hear from you so we can rejoice with you.

This testimony was originally published on scribd