Does That Mean There Are Multiple (God)s?
Believing Jesus is God doesn’t mean there are multiple (God)s. Not certainly, the scripture says and Jesus declares too, that The Lord our God is One God (Deuteronomy 6:4, Mark 12:29). However, Jesus is the perfect representation, the perfect identity of God (Hebrews 1:3), and in John 14:9, Jesus tells Philip, “If you have seen me, you have seen the Father”.

How Then is Jesus God If There’s Only One God?

Well, there’s never a single scripture where Jesus says, “I am God” in those exact words, however, Jesus told us He is God in many different ways! He has made it clear that He and God the Father are one (John 10:30), and says in John 14:6, “I am the way and the truth and the life.” No one else could claim these things except God?.

The Bible teaches that Jesus is not merely someone who is a lot like God, or someone who has a very close walk with God. Rather, Jesus is the Most High God himself. Titus 2:13 says that as Christians we are “looking for the blessed hope and the appearing of the glory of our great God and Savior, Christ Jesus.” Upon seeing the resurrected Christ, Thomas cried out, “My Lord and my God!” (John 20:28). Likewise, the book of Hebrews gives us God the Father’s direct testimony about Christ: “But of the Son he says, ‘Your throne, O God, is forever and ever”

Some Scriptures That Prove Jesus Is God

50 Scriptural Verses For Your Healing Today

We also need to understand that Jesus is one Person who has two natures: a divine nature and a human nature. In other words, Jesus is both God and man. Each nature is full and complete — He is fully God and fully man.

In conclusion, The most important reason that Jesus has to be God is that, if He is not God, His death would not have been sufficient to pay the penalty for the sins of the world (1 John 2:2). A created being, which Jesus would be if He were not God, could not pay the infinite penalty required for sin against an infinite God. Only God could pay such an infinite penalty. Only God could take on the sins of the world (2 Corinthians 5:21), die, and be resurrected, proving His victory over sin and death.

120 Recorded Miracles In The Bible

Who Divided The Bible Into Chapters And Verses? Why And When? 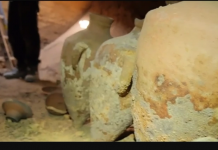 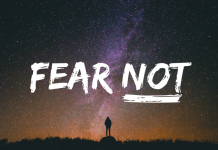