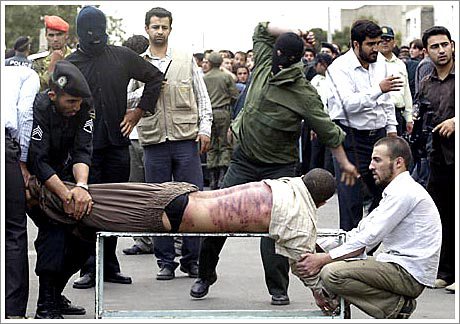 Three Christian converts in Iran have been sentenced to receive 80 lashes each for drinking communion wine–a punishment they are appealing.

Yasser Mossayebzadeh, Saheb Fadaie, and Mohammad Reza Omidi converted to Christianity from Islam. However, conversion from Islam is forbidden in Iran, so the three men are still considered Muslims under the law.

And because it is a crime for Muslims to drink wine, the three men have been given the harsh sentences. They have also been accused of acting against national security–a crime for which they could face up to six years in prison.

Yasser Mossayebzadeh, Saheb Fadaie and Mohammad Reza Omidi – all from Muslim backgrounds – were also charged with “acting against national security”, alongside Youcef Nadarkhani, a pastor once sentenced to death for apostasy. The maximum sentence for that charge is six years in prison.

This is the second time Omidi has been convicted of drinking alcohol. A third conviction could lead to his execution.

Mossayebzadeh, Fadaie and Omidi were initially arrested on 13 May alongside Nadarkhani and his wife, Tina. The couple were released later that day, but the three others were detained.

More than 200 Christians have been detained by Iranian authorities since 2015. Many are in jail, while others have been released conditionally, pending sentencing or an appeal, according to World Watch Monitor.

“Why should Christians be lashed for taking communion? And why is Iran refusing to allow its own citizens that most basic of all freedoms, the freedom to choose their own faith? These men have chosen to call themselves Christians. The state should respect that.”

“The Iranian regime is conducting a very active campaign against house churches at the moment and leaders of house churches are harassed and put under pressure,” he stated.

Iran ranks 9th on Christian support organization Open Doors 2019 World Watch list of the 50 countries where it is most difficult to be a Christian.

Why Are You Killing Christians In Nigeria? – Trump Asked Nigerian President Buhari