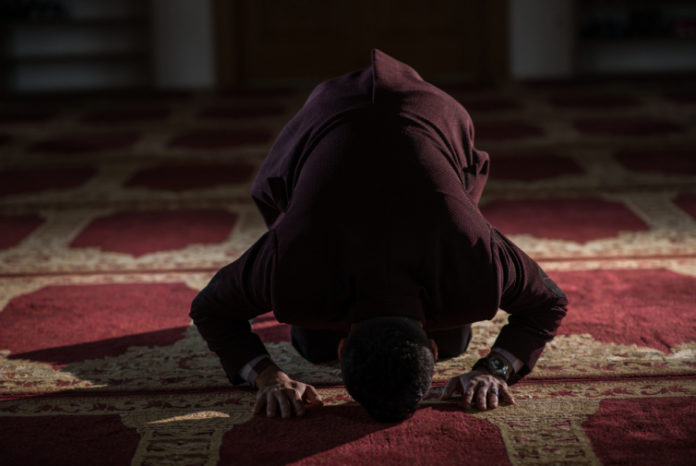 Khalid Mansoor Soomro is from the Islamic Republic of Pakistan. He was an ardent follower of Muhammad until he decided to put a challenge to some Christian students at his school. This dramatic testimony tells the first-person perspective of how a Muslim convert came to the saving knowledge of Jesus Christ as Lord and Savior.

When I was 14 years old I was studying in a convent school at Saddar Karachi Pakistan. I belong to a Sindhi Muslim Soomro Family. My Father Mansoor Ahmed Soomro works in Finance Department of Pakistan International Airline and my Mother Roshen Aara Soomro is Director of Education Government of Sindh

My Family is of a hard Islamic background. I was forced to learn Quran by heart at the age of seven years and I did so when I was studying at convent School. I had a lot of Christian fellows at school, I was surprised to see them studying while I always found Christians of low profile in the society. Mostly I discussed and argued them about the accuracy of Quran and rejection of Bible by Allah in Holy Quran always forced them to accept Islam. Often my Christian Teachers told me not to do so. God may choose you as he chooses Apostle Pollous. I asked them who is Polous, I know Muhammad only.

One day during discussion I asked them to burn the Holy Books of each other. They should burn Quran and I should set the Bible on fire. Which book was burnt was false and which was not burnt was to be true because God saves its word. They were not ready to do this because they were frightened that living in an Islamic Country like Pakistan and doing such thing could lead them to face law and meet its consequences. I told them, then, that I could do this by myself.

I set the Quran on fire first and it got Burnt before our eyes. Then I tried to fire the Bible as soon as I tried Bible struck my chest and I fell on ground. There was smoke all around my body, I was burning Spiritual fire.

Suddenly I saw a man with golden hair, wrapped in light on my side. He placed his hand on my Head and said to me “You are my Son and from now on you will preach the Gospel in your nation, Go! Your Lord is with you.” Then I saw the stone on the grave was removed and Marium Magdni said to the gardener who took body of my Lord. The gardener was Jesus Himself he kissed at hand of Marium and I woke up.

I was feeling my body so strong if someone would strike me, I could not be hurt. I went my home at that time I told my Parents about all what happened but they did not believe. They thought Christians had got me under Magic. I told them that all this Happened before my eyes and many people ware watching this. They still did not believe and they turned me out of my home and denied to accept me as their family member. I went to Church near my home, I told Father there about all what happened I asked him to show me the Bible.

He gave me one Bible and I read about that incident of Marium Magdni and I accepted Jesus Christ as my Savior in 17-02 -1985. My Family denied to accept me. I went to various churches and got Knowledge about Word of God. I also many Bible Courses and the began ministry in Gentiles.

Now 21 years have passed I am sound and Strong in my faith and still preaching Gospel to Majority People here in Islamic Republic in Pakistan. Thanks be to Lord !

Many People have come to Lord and accepted Jesus as their Savior .I have a too long testimony. God has done much work and Miracles in my Life. Thanks be to Lord now I am married in a Christian Family and my wife Khalida also helps me in My Kalimatullah Evangelism Ministry.

I am doing evangelism work in Pakistan I have witnessed God’s presence through his great work and miracles in my life as per my calling. My wife Khalida help me in my office work we are working in Four Fields. We evangelize among only Muslim People.

I and Khalida go on Street and door to door for preaching for the Gospel to the people we also distribute Literature. We also a Bible Correspondence School we distribute Business Reply Card of Bible Correspondence School and Fliers during our door to door and Street Evangelism work. We also arrange Kalimatullah Study Fellowship meeting for People.

Pakistan is an Islamic Country and it is very difficult to work in the Circumstance where Islamic Law implies we have freedom to share Gospel with people (we can do this with mature and educated people only whiled the immature, uneducated people think that even sharing is an aggression against their faith.).

We cannot teach people freely on cooperative topics. We can not utter even single work against and criticizing in Islam even before educated people too. If we do so we are liable to death or prison on other side a Muslim cannot change his faith and religion If he does so he is liable to death.

Only we face certain difficulties and hardships but during these hard times the personality of Paul Whom God selected from other nation to serve the Lord) as his, suffer and Lord Jesus Himself and his great work and his pain on cross, focus always remains Before us. Thanks and Praise Lord and Holy Spirit who give us Courage and wisdom to pass through these hard times, New Life Exchange shares.

Khalid Soomro is today a pastor and preacher of Jesus Christ. He has translated the New International Version (NIV) in Sindhi language. His service includes, distribution of the Holy Bible, conducting of Bible Courses on Internet and reaching and teaching Bible in people’s home. He has reprinted or saved many “Urdu” books. His services are not only recognized in Pakistan but internationally.

In 2004, a Muslim extremists group called Zarb-e-Momin set on fire the house of Rev. Khalid Soomro in Gulshan area. It was in an attempt to attack Rev. Khalid when he was threatened by fundamental groups in past too, according to Pakistan Christian Post.

Pakistan ranks number 5 in Open Door’s list of top 50 countries where it is most deadly to be a christian.