Violence attributed to Fulani herdsmen in Nigeria has reached a record high since this year.

Speaking on 22 May at the mass burial of 19 Catholics, including two priests, killed during early morning Mass at St. Ignatius Catholic Church, by herdsmen a month ago, Benue State Governor Samuel Ortom said that at least 492 people have been killed in his state alone so far this year.

Amongst the mourners was the Nigerian Vice-President, Yemi Osinbajo, who pledged that the killings will not go unpunished, and that the Federal government is determined to end the violence. 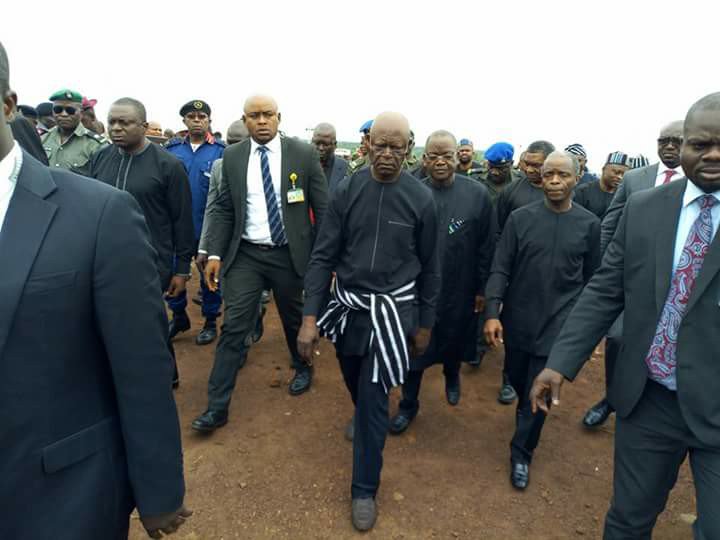 Such attacks have become recurrent in Benue in recent months. Since the introduction in November 2017 of a law banning herders from open grazing in the state, attacks have been carried out on an almost daily basis. At least 18 of Benue’s 23 Local Government Areas have been attacked, said Ortom.

Ortom said the 22 May mass burial was the second of its kind in the state. On 11 January, 73 victims of New-Year’s attacks by herdsmen in Guma and Logo were buried.

“The reverend Fathers are not farmers,” Ortom said. “The church…has no grass. It is therefore curious why parishioners…who were worshipping God would be killed by herdsmen in the church. By so doing, the armed herdsmen have moved the narrative of the current crisis from search of grass to other obvious motives”.

See Also: Killing Of Christians In Nigeria Must Stop – Trump To Buhari

Nigeria Ranks 14 On Countries Where Christians Are Persecuted Most, according to World Watch List, an analysis published 2018, by Open Doors USA documenting the persecution of Christians worldwide.