Held in Mali, West Africa for nearly six years by al-Qaeda, McGowan said he converted to Islam to help him survive. 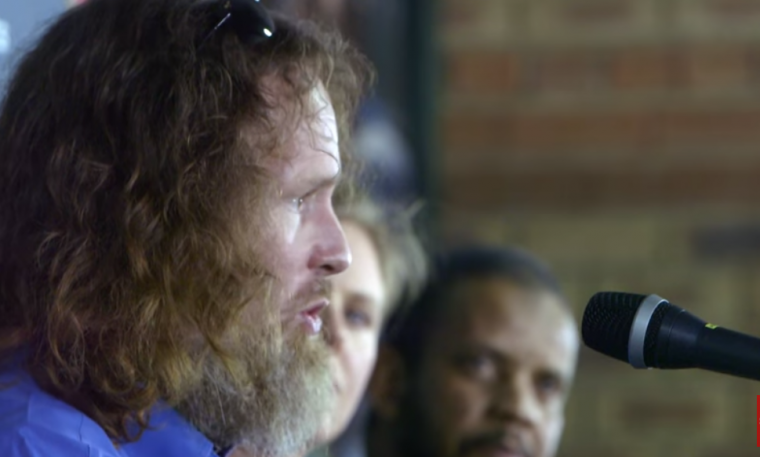 Stephen McGown, a British-South African captive who was held hostage by the terrorist group al-Qaeda for nearly six years, said he entered captivity as a Christian but in time converted to Islam – for which he received better treatment. A fellow hostage said they also used ‘conversion’ to try and survive.

The 42-year-old was speaking to press in Johannesburg yesterday, just 10 days after being released.

Held in Mali, West Africa for nearly six years by al-Qaeda, McGowan said he converted to Islam to help him survive.

‘Before the desert, I was a Christian. They did not force me. I entered (Islam) of my own accord,’ said a long-haired and bearded McGown. He said that after converting religion he received better food and better treatment.

The ex-captive added: ‘I see many good things in Islam. It requires a very good character, a very strict character.’

McGown was travelling in Mali’s Timbuktu in 2011 when he was kidnapped, alongside Swedish captive Johan Gustafsson and Dutch prisoner Sjaak Rijke. All three men, who described gruelling ordeals in the Sahara Desert, have now been released. Gastafsson also ‘converted’ to Islam – purely to try and survive.

He told The Local: ‘I told them I wanted to convert to Islam. That was the only thing I could think of that would buy me some time, even though I did not have much hope that it would work.

Amid Crisis, Middle East Muslims Are Turning To Christ Like Never Before

‘I didn’t know anything about Islam, so I’m not sure how believable it was. But I think they saw it as their duty to accept it, even though I have a hard time believing that they actually believed me.’

The South African government has insisted that now ransom was exchanged for their release, but somereports suggest as much as $4.2 million (£3.2 million) was given to liberate the prisoners.

McGown described being ‘in the dark’ to wider world events while imprisoned, with minimal communication and no English books around him.

‘I did my best to see the best in a bad situation,’ McGown said. ‘I didn’t want to come out an angry person and be a bigger burden on my family.

‘Sometimes you are miserable and you want to fight everyone (but) I did not want to become a mess. I want to come home a better person.’