China’s Communist Party is cracking down on phone users by blocking words “sensitive to the state”—such as “Almighty God”—and deactivating numbers.

A former employee of the largest state-owned telecommunications provider has revealed how the regime is monitoring citizens’ calls and messages on mobile phones.

“If one says anything deemed unfavorable to the CCP, he or she will be punished,” Mr. Li, a former employee of state-owned China Mobile Online Services Company told Bitter Winter. Li, who recently resigned from the company, asked to remain anonymous for fear of retaliation.

While working for China Mobile Online Services, he and 500 other employees monitored all messages and phone calls for sensitive information. Any employee who discovered critical remarks towards the CCP or any other leaders would review it and send to authorities.

“If anyone were not careful enough and missed a piece of sensitive information, this would result in the deduction in monthly salary and year-end bonus,” he said. “I usually had to handle more than ten thousand pieces of information every month. It was unavoidable to make mistakes, at least one or two a year.”

Users who were caught with critical remarks could have their services disabled. “If users wanted to reactivate their service,” Li said, “they have to go to a China Mobile service center with their ID card and write a statement promising never to share any sensitive information again.”

If the comments are deemed more damaging, authorities can enforce harsher penalties. Li told the story of a Chinese resident who tried to cross the border but was caught by authorities who ripped up his passport. He was told that he could not continue traveling because he had made damaging remarks about the CCP.

The censorship has increased throughout the years. On December 1, the state announced a new requirement forcing all phone users to scan their faces when registering for new mobile services and thus keep track of their citizens. The CCP claims the new law will “protect the legitimate rights and interests of citizens in cyberspace.” But many citizens disagree.

“There is simply no privacy in China. Social media, calls and messages on mobile phones are all under surveillance,” Li said. “Every person is monitored and controlled under the pretext ‘to crack down on harassment.’”

China ranks number 27 in Open Door’s list of top 50 countries where it is most deadly to be a christian. 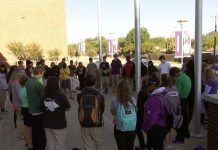 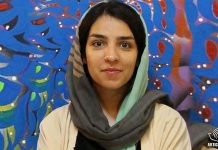 Trump Fights to Protect Prayer in School And Federal Funds For...