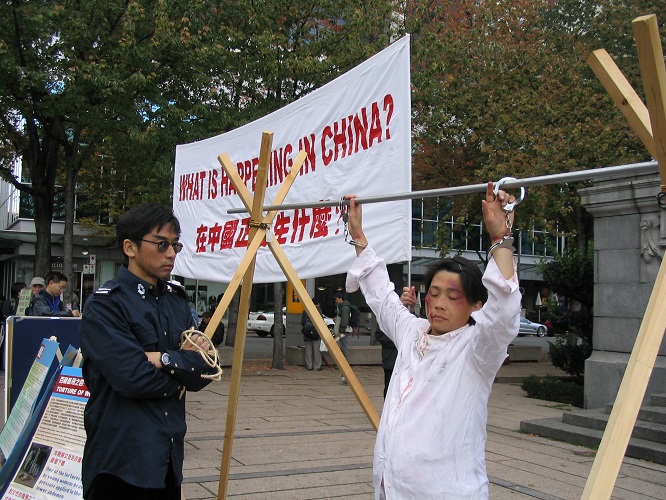 China has appointed a hardliner, who is known for removing hundreds of crosses from churches in the eastern province of Zhejiang, to take charge of its office overseeing matters in Hong Kong, which might raise concerns among pro-democracy protesters and residents in the semi-autonomous city.

Xia Baolong, the vice chairman of the Chinese People’s Political Consultative Conference who was a close aide to Chinese Premier Xi Jinping from 2003 to 2007 when he was Communist Party secretary of Zhejiang Province, will serve as the director of the Hong Kong and Macao Affairs Office, China’s Human Resources Ministry has announced, according to Reuters.

The CPPCC effectively acts as an advisory upper house. Baolong replaces Zhang Xiaoming, who will now become a vice director of the Hong Kong and Macao Affairs Office.

When Xia later became the Communist Party chief of Zhejiang, he oversaw a campaign to destroy crosses from churches in the province. He was appointed provincial party head after Xi became the country’s supreme leader.

Xia personally led the campaign against religious freedom in Zhejiang in 2015, when more than 1,000 crosses were removed from church roofs and entire church buildings were destroyed across the province, according to South China Morning Post.

The Post quotes Wen Kejian, an independent political analyst from Hangzhou, as saying that many were unhappy with Xia in Zhejiang — including government officials — because of his heavy-handed dealing with dissent and Christian churches. “A lot of people celebrated when he left Zhejiang three years ago.”

A pastor in Zhejiang, who was not named due to security concerns, told the U.S.-based group International Christian Concern, “This shift [from Zhang to Xia] is not a good situation. It is possible that Xia will oppress the churches in Hong Kong.”

Hong Kong, a former British colony, has been a scene of protests led by university students and others for over seven months, against the increasing Chinese interference and influence.

“Xi now has his proteges in place over Hong Kong for the first time,” Jean-Pierre Cabestan, a professor of political science at the Hong Kong Baptist University, was quoted as saying. “While that may give Hong Kong ‘face,’ it is certainly going to put Hong Kong under more political pressure.”

Cabestan added, “Xia is not a moderate and he has shown himself to be a zealous servant of Xi Jinping. We can expect that to continue.”

“The reshuffling at this interesting moment may point to a deep distrust from Xi Jinping toward the former faction dealing with Hong Kong affairs,” Time magazine quoted Sonny Lo, a Hong Kong-based academic and political commentator, as saying. “It’s clear that Xi Jinping wants to have a clear grasp of the situation in Hong Kong — that’s the major point. We’ll probably see some adjustment in Chinese policy toward Hong Kong.”

When Xia was elected as vice chairman and secretary-general of the CPPCC in 2018, professor Ying Fuk-tsang, director of the divinity school of Chung Chi College at the Chinese University of Hong Kong, told UCANews, “Though Xia’s post now will not have a direct influence on religious policy, the CPPCC as a united front institution is governed by someone who is hostile to Christianity. It is unavoidable to regard this as a setback.”