Oral Roberts was an American Methodist-Pentecostal televangelist and a Christian charismatic. He was the founder of Oral Roberts Evangelistic Association and Oral Roberts University.

Born (Granville Oral Roberts) to a Pentecostal preacher on January 24, 1918, in Pontotoc County, near Ada, Oklahoma, Roberts followed his father’s footsteps and became a pastor, building up the Pentecostal Holiness Church. He studied at Oklahoma Baptist College and in the late 1940s, he began to claim direct communications from God. In 1963, he founded Oral Roberts University where he served as chancellor. He died on December 15, 2009.

As one of the best-known and controversial American religious leaders of the 20th century, Roberts’s preaching emphasized seed-faith. His ministries reached millions of followers worldwide spanning a period of over six decades. His healing ministry and bringing American Pentecostalism into the mainstream had the most impact, but he also pioneered TV evangelism and laid the foundations of the prosperity gospel and abundant life teachings. The breadth and style of his ministry, including his widely publicized funding appeals, made him a consistent subject of contention among critics and supporters.

Oral Roberts was the fifth and youngest child of the Reverend Ellis Melvin Roberts (1881–1967) and Claudius Priscilla Roberts (née Irwin) (1885–1974). His father was a farmer who also preached the gospel and established Pentecostal Holiness churches. His mother regularly prayed for the sick and led people to Christ. While she was still pregnant, Robert’s mother committed Oral to God’s service. Even though Oral had a very strong stutter, his mother would tell him that one day God would heal his tongue and he would speak to multitudes.

The Roberts family was desperately poor. When Roberts was 16 he moved away from home, hoping for a better life. He rejected God and his upbringing. He started living a wild life and his health collapsed. Roberts had contracted tuberculosis. He returned home and eventually dropped to 120 pounds. He was a walking skeleton. God spoke to his older sister, Jewel, and told her that He was going to heal Oral. During this same time Oral turned his heart back to God and gave his life to Christ. A traveling healing evangelist named George Moncey came to Ada and held meetings in a tent. Oral’s elder brother was touched when he saw friends of his healed in the meeting. He decided that he should get Oral and bring him to be healed. On the way to the meeting God spoke to Oral and said “Son, I’m going to heal you and you are to take my healing power to your generation. You are to build me a University and build it on My authority and the Holy Spirit.” Once at the meeting Oral waited until the very end. He was too sick to get up and receive prayer, and so had to wait for Moncey to come to him. At 11:00 at night his parents lifted him so he could stand. When Moncey prayed for him the power of God hit him and he was instantly healed. Not only that but every bit of his stutter was gone!

After Roberts was healed he began to travel the evangelistic circuit. He met and married Evelyn Lutman, a school teacher from the same Holiness Pentecostal background as Roberts. They had their first child Rebecca and then the entire family began traveling as ministers. In 1942 they left the evangelistic field for a while and Roberts became a pastor. He also returned to college to further his education. While a pastor he prayed for a church member whose foot was crushed. The foot was instantly healed. God continued to speak to Roberts about his call to the multitudes. God called him to an unusual fast. Roberts was to read the four gospels and the book of Acts three times consecutively, while on his knees, for thirty days. God began to reveal Jesus as the healer in a new way. God also began to give Roberts dreams where he would see people’s needs as God saw them. God called him to hold a healing meeting in his town. A woman was dramatically healed, several people were saved and Roberts’ ministry changed overnight.

1947 was a turning point. Roberts resigned his church in 1947 and began an itinerant ministry. Up until that time, He struggled as a part-time preacher in Oklahoma. But at the age of 29 Roberts claims he picked up his Bible and it fell open at the Third Epistle of John where verse two read: “I wish above all things that thou mayest prosper and be in health, even as thy soul prospereth.” The next day, he said, he bought a Buick and God appeared, directing him to heal the sick.

Notable healings began to occur. One man tried to shoot Roberts. God used the story to bring him media attention, which expanded his ministry very quickly. Roberts felt called to purchase a tent and take his evangelistic ministry to larger cities. His first tent held 3,000 but he quickly exchanged it for a tent that held 12,000. In July 1948 The Oral Roberts Evangelistic Association was established. Oral began traveling continuously throughout the United States. He conducted evangelistic and faith healing crusades across the United States and around the world Like many of his Pentecostal brethren, Roberts held inter-racial meetings. This brought him a lot of negative attention from groups who didn’t like his stand. He even received death threats for not holding segregated meetings. In 1956 Roberts was invited to Australia. He held meetings in Sydney and Melbourne. In Melbourne there were outright physical attacks and destructive gangs. He was literally driven out of the city for praying for the sick. Often when people discuss the healing revival of the 1950s Oral Roberts and William Branham are listed as the most widely recognized leaders of the movement. Others came along side and many emulated them, but they were the most widely recognized personalities.

In 1958, he founded the Abundant Life Prayer Group (ALPG), a pat of the Oral Roberts Evangelistic Association,

In 1963, he founded Oral Roberts University (ORU) in Tulsa, Oklahoma, stating he was obeying a command from God. The university was chartered during 1963 and received its first students in 1965. Students were required to sign an honor code pledging not to drink, smoke, or engage in premarital sexual activities. The Prayer Tower, opened in 1967, is located at the center of the campus.

Roberts was a pioneer televangelist, and attracted a vast viewership. He began broadcasting by radio in 1947, and began broadcasting his revivals by television in 1954. His television ministry continued with The Abundant Life program reaching 80% of the United States by 1957, and quarterly Prime Time Specials from 1969 through 1980. In 1996, he founded Golden Eagle Broadcasting.

Roberts affected the American Protestant community. According to one authority in conservative Protestant culture, his ministry’s influence was second only to Billy Graham. His divine healing ministry called for prayer to heal the whole person—body, mind and spirit. Many labeled him a faith healer, but he rejected this with the comment: “God heals—I don’t.” He played a major role in bringing American Pentecostal Christianity into the mainstream. Even though Roberts was often associated with the prosperity gospel and the faith movement because of his close doctrinal and personal ties with Word-Faith teachers, his abundant life teachings did not fully identify him with that movement.

Roberts was married to Evelyn Lutman Fahnestock (1917–2005) for 66 years from December 25, 1938, until her death from a fall, on May 4, 2005, at the age of 88. Their daughter Rebecca Nash died in an airplane crash on February 11, 1977 with her husband, businessman Marshall Nash. Their elder son, Ronald Roberts, committed suicide by shooting himself in the heart on June 10, 1982, five months after receiving a court order to undergo counseling at a drug treatment center and six months after coming out as gay. The other two Roberts children are son Richard, an evangelist and former president of Oral Roberts University (ORU), and daughter Roberta Potts, an attorney.

Roberts died of complications from pneumonia on December 15, 2009, at the age of 91. He had been “semi-retired” and living in Newport Beach, California. He was interred next to his wife at the Memorial Park Cemetery in Tulsa, Oklahoma (the same cemetery where T. L. Osborn was interred, nearly 4 years before). Roberts was survived by two of four children, twelve grandchildren and several great-grandchildren. 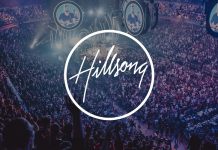