Where is the compassion and acceptance in our modern world? Nowadays there are so many stories like the one about to be told: stories of persecution, fear, and misfortune all brought about by religious hatred for the Christians of Pakistan. It is time we help those poor Christians suffering at the hands of an intolerant society.

Shani’s tale is a sad one, and it is far from over. He was born in Pakistan to a Muslim family and as a young man built up a career as a policeman. His job was stable and respected; he had many prospects ahead of him and a life full of opportunity. However when his passion for Christianity was made known the community in which he had grown up turned against him.

Shani’s dedication to the Christian faith was steadfast and his conversion secured his path towards the greater glory of God. However this path also led him to persecution as neither his family nor the Islamic community of Pakistan could accept his Christian zealour.

As a result of the ongoing campaign of hate Shani was forced to flee Pakistan, his home nation, along with his wife Anita. Anita was already a Christian and shared his beliefs. The couple sought refuge in Thailand, the closest and easiest option for them to escape to at the time. Once in Thailand they became asylum seekers and have spent the last 3 arduous years suffering there, just as so many other Christian refugees have done. Shani, Anita, and their two young daughters born in Thailand are now living in fear with a dark and unhappy future lying in wait for them. They have done nothing to deserve this other than love their Christ.

Shani is torn in two. On the one hand he has suffered from a harsh punishment by accepting Christ as his Saviour and rejecting Islam… he has had to flee his own country with his now young family. However on the other hand Shani basks in the knowledge that he has guaranteed eternal life by dedicating himself to the love of the Lord and taking the righteous path.

Shani is being punished for nothing more than being a good and faithful Christian. This is not right. We ask you, our brothers and sisters in Christ, to please help people like Usman. With your support his family whilst in Thailand will be able to eat proper meals once more, his children can attain a good education, and they will have access to proper medical care. They may with your help have the chance of a new life in a safer nation where they can freely practice their faith. A small contribution can go a long way. Please do contact us through our website. Thank you.  May God bless you all. Amen. 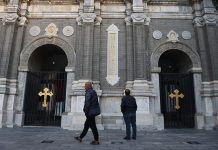 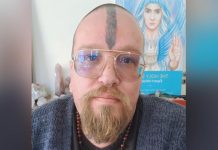