The Council on American-Islamic Relations (CAIR) has demanded that President-elect Donald Trump scrap his plans to have the Rev. Franklin Graham among the clergy at Friday’s inauguration.

“If President-elect Trump truly seeks to unite our nation as he promised in his acceptance speech, he will limit the list of those offering prayers at the inauguration to religious leaders who work to bring us together, not to create divisions between faiths,” said CAIR National Executive Director Nihad Awad in a statement.

“Rev. Graham’s ill-informed and extremist views are incompatible with the Constitution and with American values of religious liberty and inclusion,” said Awad.

CAIR pointed to Graham’s comments 15 years ago in the wake of the 9/11 terrorist attacks.

“In the name of Islam, 6,000-plus Americans were slaughtered on Sept. 11, and that was done in the name of the God of Islam,” he said then. “The God of Islam is not the same God of the Christian or the Judeo-Chrstian faith. It’s a different God, and it’s, I believe, a very evil and wicked religion.” 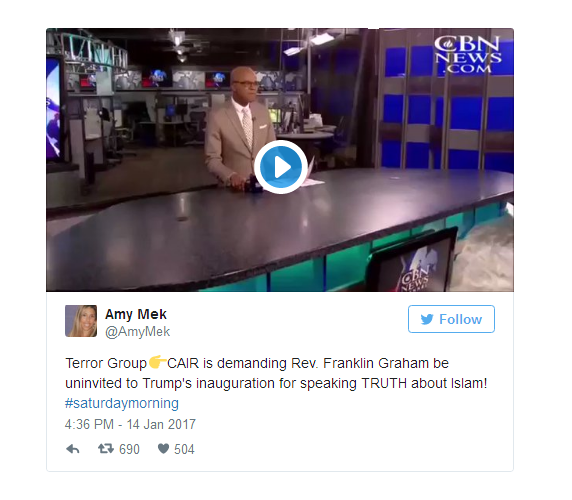 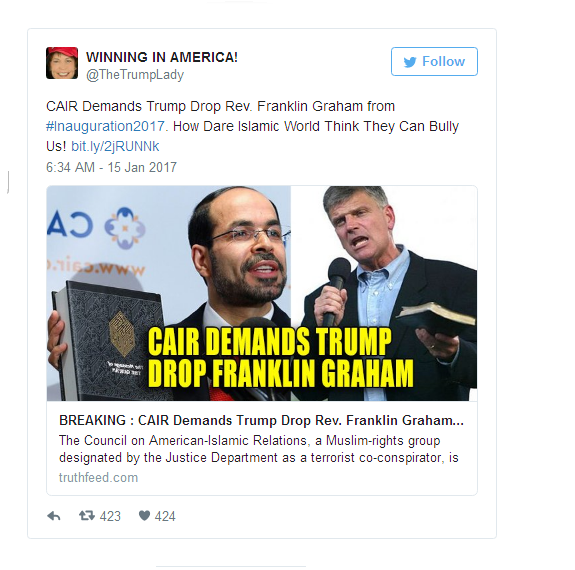