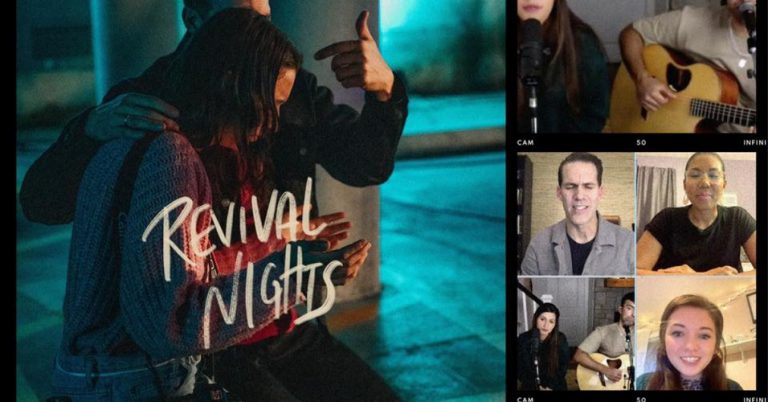 Not less than 132,000 people around the world made the decision to follow Christ during a Good Friday virtual evangelistic event that was hosted by Pulse and featured well-known Christian leaders and singers, according to new data.

Since the virtual revival was hosted tens of thousands of people have reached out to Pulse to share their decision to follow Jesus through phone call centers, emails, websites and text messages. Pulse founder Nick Hall said in a Saturday tweet that a total of 132,000 people “responded to Jesus” due to the Good Friday broadcast and more than 100 million people tuned in.

The best news – 132,000 people responded to Jesus by phone, text, or email!!!!#quarantinerevival #yearofthebible

“We were literally getting smartphone photos from all over the world – from Nigeria to India and China – of families gathering in their living rooms, around 18-inch cathode-ray TVs, laptops and HD screens watching our services,” Hall said in a statement. “The doors to our church buildings may have been closed, but the church has not closed. We are living through a Great Quarantine Revival, and I think God is just getting started.”

The service was viewed in nearly 100 countries, including China, Japan, Nepal, Thailand, India, Kenya, Nigeria, Russia and Ukraine. It was translated into 40 different languages.

“We had translators working in closed countries who were risking their lives to bring this message in their language to their people, because that’s how precious the gospel is to them,” Hall said.

“This happened because I had a lot of friends that were calling me crying and in tears, overwhelmed by the situation – whether it was at home, in their business or in their church,” Hall said. “And I simply called out to God and said, ‘God, what would it look like to bring together men and women to offer hope and perspective in this moment of need?'”

William Seymour: The Man Behind The Azuza Street Revival, The Catalyst of Pentecost