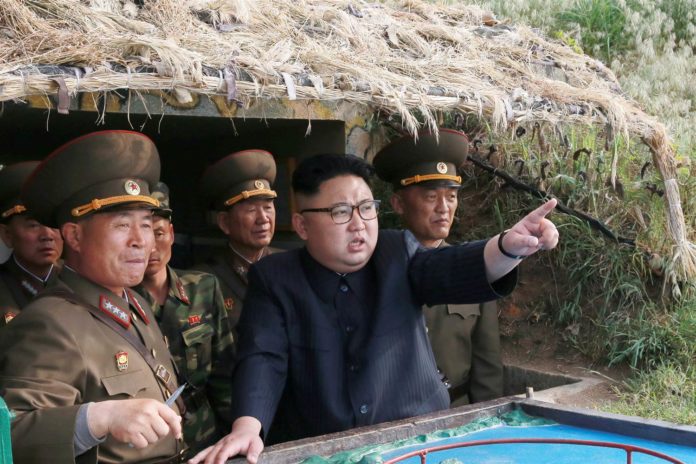 A newly-discovered propaganda video reveals how the North Korean government seeks to silence Christianity by painting believers as “religious fanatics” and “spies” bent on undermining the stability of the hermit kingdom.

The video, obtained by The Voice of the Martyrs, a Christian nonprofit that supports persecuted believers all over the world, was allegedly used to teach state security agents how to identify and silence those who promote religion inside North Korea.

Chinese Pastor Preached To Over 1,000 People In North Korea Before Being Executed

The video features the story of Christian evangelist Cha Deoksun, who, after suffering during the Great Famine in the 1990s that killed an estimated 2.5 million people, illegally fled to China in search of her uncle. After learning her uncle had died, Deoksun went to the Seotap Church, where she heard the Gospel for the first time.

The video says she “naively believed the sermons about a merciful God and became a “fanatical believer” who returned to North Korea to form an underground network of Christians inside the country.

“She was completely fooled by the enemy,” it adds.

Upon returning to North Korea, Cha turned herself in for breaking the law by crossing into China, but authorities were “lenient” and let her go, the video says.

“Instead of being grateful for the forgiving policy party (the Workers’ Party of Korea), she gave thanks to the ‘God of mercy,’” the video states.

Because she was impoverished, Cha traveled from city to city to earn money. According to the video, the evangelist gave money to the poor and needy and gathered with fellow underground Christians every Sunday to worship, pray, sing hymns, and study the scripture. Thanks to Cha’s evangelistic efforts, her family, along with a number of others, converted to Christianity.

The video describes her as a “spy” who sought to recruit other spies, and as a “religious fanatic” on a “mission from the enemy,” “absurdly trying to establish the kingdom of God.”

I Denied Being A Christian To Stay Alive: North Korean Prison Survivor

Eventually, Cha was reported to officials by “a good and awakened North Korean citizen.” VOM believes that she was either killed by firing squad or died in a gulag.

“It is unclear how Deoksun died, but it is possible that she was executed,” VOM notes, adding that the Cha “served the Lord without recognition, just as many North Korean Christians do today, despite their government’s attempts to eradicate Christianity.”

North Korea ranks as the worst country for Christian persecution on the annual Open Doors World Watch List. The organization estimates that many of the country’s own citizens — including around 50,000 believers — are being held in detention centers, prisons, or political camps.

Recently, Kenneth Bae, a Korean-American pastor who was held hostage in North Korea from 2012 to 2014, shared how the North Korean government is more afraid of Christians than nuclear weapons.

“They said, ‘we are not afraid of nuclear weapons … we are afraid of someone like you bringing religion into our country and use it against us and then everybody will turn to God and this will become God’s country and we will fall,” Bae said.

Because of his evangelistic efforts, Bae was sentenced to 15 years of hard labor, and was then sent to a North Korean labor camp. He was ultimately released in 2014. He revealed that when he would talk about Jesus with North Koreans, they would ask him if Jesus lives in Korea or China.