Andy, a very bright 5 year old, told his daddy he’d like to have a baby brother and, along with his request, offered to do whatever he could to help. His dad, a very bright 35 year old, paused for a moment and then replied, ” I’ll tell you what, Andy, if you pray every day for two months for a baby brother, I guarantee that God will give you one!”

Andy responded eagerly to his dad’s challenge and went to his bedroom early that night to start praying for a baby brother.

He prayed every night for a whole month, but after that time, he began to get skeptical. He checked around the neighborhood and found out that what he thought was going to happen, had never occurred in the history of the neighborhood. You just don’t pray for two months and then, whammo- a new baby brother. So, Andy quit praying. After another month, Andy’s mother went to the hospital. When she came back home, Andy’s parents called him into the bedroom. He cautiously walked into the room, not expecting to find anything, and there was a little bundle lying right next to his mother. His dad pulled back the blanket and there was — not one baby brother, but two!! His mother had twins!

Andy’s dad looked down at him and said, “Now aren’t you glad you prayed?”

Andy hesitated a little and then looked up at his dad and said, “Yes, but aren’t you glad I quit when I did?” 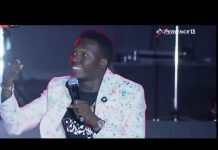 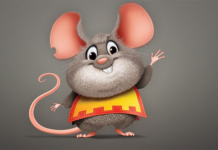 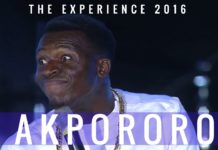 Akpororo Jokes At The Experience Lagos 2016