Pastor Hyeon, who often took missionary trips to North Korean to do humanitarian work, was arrested on one of these trips in 2014, accused of “harming the dignity of the supreme leader,” “trying to use religion to destroy North Korea,” and “assisting North Koreans’ escape,” and given a life sentence of hard labor.

Lim pled guilty to the charges, although some say a confession was forced from him by North Korean officials.

Lim’s congregation in Canada at Light Presbyterian Church are calling on the Canadian government to help secure his release. 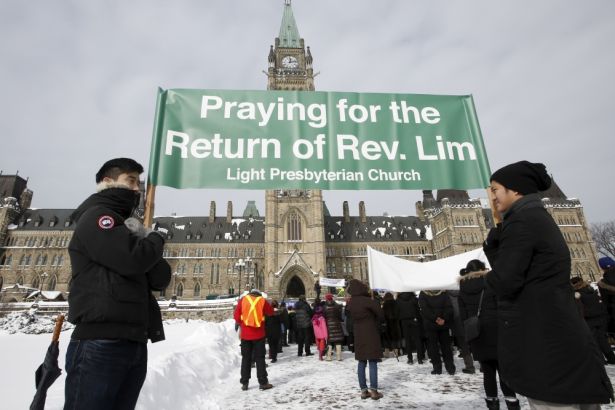 In a statement, the church members said, “We know that in both cases the highest level of government officials, including Prime Minister [Justin] Trudeau himself, were instrumental in securing the release of these fellow Canadians [Homa Hoodfar, jailed in Iran and Kevin Garratt, held in China]. We urge the Canadian government to demonstrate the same attention and determination when engaging in diplomatic talks with the North Korean officials.”

Lim’s family and his church are concerned for his welfare. He has not been heard from since January and it is feared his health is not good.

U.S. Centers For Disease Control Is ‘pivoting’ What It Means To Be Fully Vaccinated, Director Says