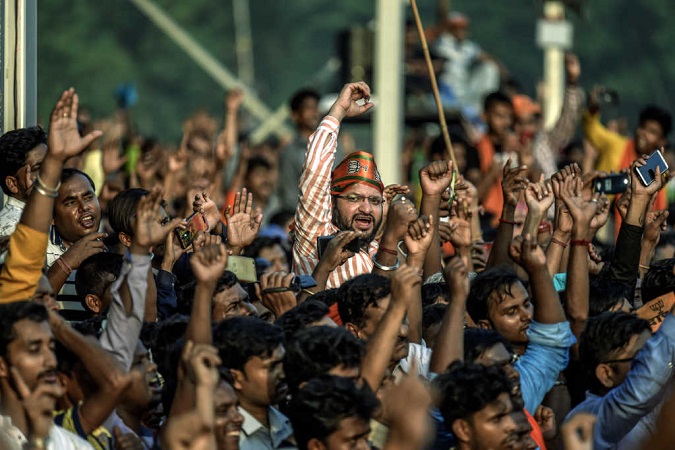 Six radical Hindu mob have been arrested on charges of attempted murder following an attack on Christians walking a 280-mile pilgrimage.

The group of 40 Catholics were walking to a sanctuary in the Tamil Nadu state of India — from Karnataka to the Marian shrine in Velankanni — on a pilgrimage that has been a tradition for decades, when they were attacked earlier this month.

The assailants, who are in custody, are accused of blocking a road the Catholics were walking along and then attacking them both verbally and physically. Along with facing charges of attempted murder, they also face charges of “rioting, hurting religious sentiments and acting to destroy religious peace,” according to Union of Catholic Asia News.

An inspector at the Natrampalli police station in the Vellore district told UCA News that the perpetrators blocked a public road where they carried out their assault on the pilgrims. During the attack, a religious statue the pilgrims were carting during the trip was destroyed.

A local source told UCA News that no one was seriously injured in the attack and the six suspects are believed to be affiliated with the radical Hindu Munnani group.

Sajan K. George, president of the Global Council of Indian Christians, told the Vatican news outlet Asia News that the pilgrims were carrying the statue of Our Lady of Health.

“They were abused by six members of the extremist faction belonging to Hindi Munnani,” George was quoted as saying. “The attackers claimed that the transport of Christian statues is not allowed in the residential area.”

A deputy police superintendent told Asia News that the attack on the pilgrims could have led to much more severe consequences if the security agents had not intervened. Initially, according to the deputy, the Catholics did not want to file a police complaint and it took six hours to convince them to do so.

According to the Catholic News Agency, the pilgrimage the attacked Christians were participating in is over 100 years old and ends at the Basilica of Our Lady of Good Health. Following the pilgrimage, nine days of festivities are held leading up to the feast of the Nativity of the Blessed Virgin Mary on Sept. 8.

Father Cyril Victor Joseph, director of the communication center at the Bangalore Archdiocese, told UCA News that the attack on the pilgrims is “an open threat to the constitutional freedom of expression and freedom of movement to a citizen of the country.”

“Such attacks are a serious threat to peace and harmony, especially between people of different religious groups,” Joseph was quoted as saying. “Though the attack was on a small group, the message is for all Christians. It was an open threat against public expression and practice of our faith.”

India ranks as the 10th-worst nation in the world when it comes to Christian persecution, according to Open Doors USA’s 2019 World Watch List.

Since the Bharatiya Janata Party rose to power in 2014, Hindu radical attacks against Christians and other religious minorities have increased. According to Open Doors, which monitors persecution in over 60 countries, Christians are being targeted more by Hindu nationalists each year.

India ranks as the 10th-worst nation in the world when it comes to Christian persecution, according to Open Doors USA’s 2019 World Watch List. The organization notes that conversion to another faith can result in harsh punishments, including arrest, an attack, or even death.