Graham is speaking at the Festival of Hope event that’s being organized by the Billy Graham Evangelistic Association. Some Group & LGBTQ Community Don’t Want Evangelist Franklin Graham Speaking In Vancouver, But the organizers are not backing down.

On Feb. 10, Vancouver Mayor Gregor Robertson was part of a meeting of 14 local leaders from evangelical, Anglican, Roman Catholic and some Christian groups.
They’ve now penned a letter to organizers pushing for Franklin to be removed from the event.
“We have no problem with someone coming to preach the gospel. But it can’t be such a divisive figure that’s so anti-Muslim, anti-gay, anti-black,” said Tom Cooper, a minister and the president of the City in Focus Group.

“This is unusual for us to deal with in Vancouver – this kind of individual and this kind of hate rhetoric,” said Councillor Tim Stevenson.

A petition has also been launched calling for Franklin’s removal.

Both Stevenson and Cooper said if the situation was reversed, there would be an uproar.

“If there was a fiery imam that came to Vancouver and held a rally with 30,000 Muslims and his rhetoric had been of the same nature — the hatred toward Christians — we know we’d have people tramping into city hall saying: ‘What are you doing about this imam?'” said Stevenson.

Organizers not backing down

“With every Festival of Hope we do in every city around the world there’s always going to be some opposition to what we’re doing,” said Frank King of the Billy Graham Evangelistic Association of Canada, who are organizing the festival.

King said the association acknowledges the opposition, but said it has no plans to remove Franklin Graham from the event, which he said has taken years to plan.

“To even entertain any kind of thought of changing any event … we simply would not do that.”

The three-day event is meant to spread the message of Christianity and invites non-Christians to attend.

“He’ll be inviting people to become Christians at each of these events – that’s his sole purpose for being here in Vancouver,” said King.

“Franklin Graham is not coming to present an American political situation or his perspectives politically,” said Giulio Lorefice Gabeli, a pastor with the Westwood Community Church.

Pray for the prosperity of this event.
Scriptural Focus :  Psalm 2:1-12 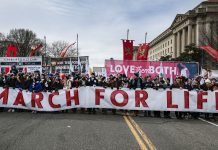