The $25,000 check from the Christian-themed movie studio will go to replace the destroyed monument and any future security measures to protect it from being damaged again.
This is just one of many donations being made since the monument’s destruction. Nearly $55,000 has been raised. Some of the money will go to the American History and Heritage Foundation to help install other monuments across the country, with Pennsylvania, Maryland and others already requesting them.
“Not only do we want to help, we want to make sure that when you put it back, it’s better and it’s safer because the Ten Commandments do mean something,” a representative with the film company said.
Recall that Believersportal reported the Vandalization of the Ten Commandments monuments which was destroyed by Michael Tate Reed just about 24-Hours after Installation. 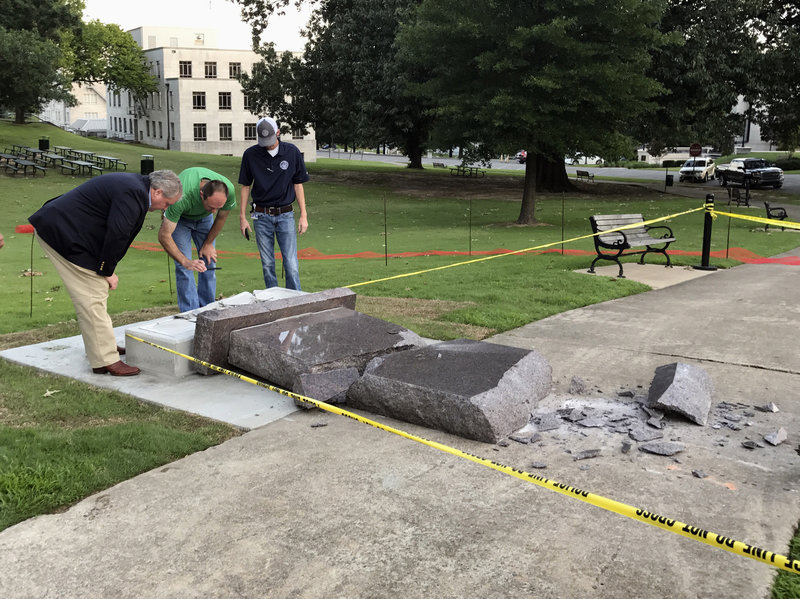