After filming one last scene, the actress left and never looked back

De La Mora, whose stage name in the adult film industry was “Jenna Presley”, describes this part of her journey as her “looking for love in all the wrong places”. 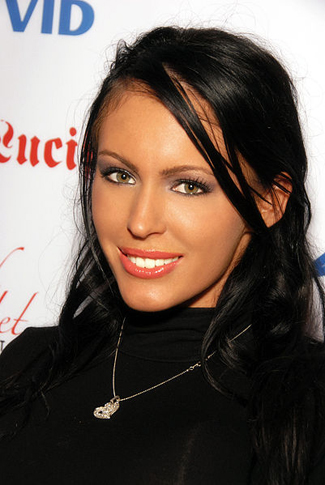 Her most intimate moments were exposed. She was told she was fat and needed to lose weight. Brittni at one point shot scenes for over 60 days in a row. She had to find ways to get through scenes because she felt nothing.

It was at this point she turned to cocaine, seeking to numb the pain of her daily life.

“After a while, cocaine just wouldn’t get me high,” Brittni said. “It went to pills, heroin and, at one point, meth.”

She felt trapped. De La Mora now knows it was the devil who lied to her, saying “What are you ever going to do with your life? Nobody is ever going to hire you. Who on Earth in their right mind would ever hire you?”

On her way to film a scene in Los Angeles, Brittni, desperate for money to pay rent, felt the Holy Spirit tell her to bring her Bible.

In the airport, she read a passage that changed her life.

“I got to chapter two verse twenty,” De La Mora told CBN, referring to the book of Revelation, “where it was talking about this woman named Jezebel who leads God’s people to sexual immorality and how’s He’s given her time to repent and if she doesn’t repent, then He’s going to cast her and her children into a sick bed. And when I read that scripture it was like the fear of the Lord fell on me. And not only was it the fear of the Lord but the love and grace of God because I knew that He had been giving me time and time again to repent.”

After filming one last scene, the actress left and never looked back.

Brittni Ruiz committed her heart to Jesus in December 2012. It was at this point she made a commitment to purity and remaining abstinent before marriage. She even took a year to be single and grow in her relationship with God.

In this church in San Diego, Ruiz encountered the freedom that Jesus purchased for her.

In 2016, after being celibate for over 3 years, Brittni Ruiz married Rich De La Mora, who she comments is “the most loving, most honoring, most respectable man I’ve ever met in my life.”

These two now serve in youth ministry at the church where Brittni surrendered her life to Jesus. The are many facets of their ministry, including some stellar relationship advice, but you can see plainly that Brittni comes alive when she gets to sow into the purity of others.

In a video on their YouTube channel, Brittni (now De La Mora) and her husband Rich shared profound, practical, and Spirit-led wisdom on what purity means.

The ex-porn star and youth pastor shared their stories, which both included sexual immorality before Jesus, but celebrated joyfully that they waited to have sex until they were married.

“The enemy brings so much darkness into your life when you choose not to honor God with your body,” Brit noted.

But Brittni said, “My husband and I wanted to walk to difficult walk [of celibacy].” It became about more than just honoring Jesus for her. It became about inspiring others too.

Brittni De La Mora wanted to show the world, “If an ex-porn star can do it… If you want to do it – you can do it!”