An outspoken former Muslim woman who converted to Christianity told people about Jesus Christ on Sunday at the largest park in Central London when an unidentified man wearing black began to repetitively stab her in her face and hands.

The 39-year-old evangelical woman, Hatun Tash, who is heavily involved with the ministry Defend Christ Critique Islam (DCCI), said she blames the police for what happened to her. She claims officers are too “fearful” to take action against a “Muslim,” whom she suspects was behind the attack.

Tash, who was reportedly wearing a blue Charlie Hebdo T-shirt at the time of her stabbing, is known for preaching critiques of Islam and debating the Quran at Speakers’ Corner, a public debating spot in London’s Hyde Park.

The Metropolitan Police said that officers arrived at the scene in Hyde Park in west London at 3:34 p.m. and recovered a knife nearby, according to The Times.

Tash managed to survive and was reportedly seen being treated by a London ambulance service as she sat inside a police van before she was taken to Central London Hospital for further treatment of “minor injuries.”

The evangelist reportedly said she is heartbroken over the weekend’s events and is still healing from a slash wound on her head.

“Police inaction has led to what happened to me yesterday. . .,” Tash reportedly told the U.K.-based Times. “It is heartbreaking that we live in a society where police do not want to arrest a Muslim for fear of being called Islamophobic.”

Despite Tash finding the police at fault, officers are reportedly appealing for witnesses and searching for the suspect. Police said they were not treating the attack as terrorism-related.

However, the Evening Standard reports that the investigation is being led by the Metropolitan Police Service Counter Terrorism Command. The unit is based in New Scotland Yard and coordinates the national police response to counterterrorism intelligence. It also supervises the collection of evidence for charging suspected terrorists.

“A number of people witnessed the incident and took mobile phone footage,” The Met’s SO15 Counter Terrorism Command informed The Evening Standard. “We would ask those people to contact police and tell us what they know, if they have not already done so.”

In multiple interviews, Tash told reporters she is still shocked about what happened to her and believes the perpetrator wanted to kill her because she was questioning Islamic beliefs and preaching about the Christian gospels.

“I wanted to debate, discuss and tell people about Jesus Christ,” she said, according to Christian Today, regarding her preaching at the park before she was stabbed. “I can’t believe this has happened in broad daylight at Speakers’ Corner. You do not expect such things to happen in Great Britain.”

Tash said the Speakers’ Corner venue has become hostile and dangerous for evangelical Christians. She claims this is not the first time she has been verbally and physically assaulted on the park’s premises over the past two years.

In an interview with Christian Concern, Tash recalled another time when she was preaching at Speaker’s Corner and angered Muslims demanded her removal. She said she was eventually removed from the park by police but expressed concern that nothing happened to the Muslims who called for her death.

Detective Superintendent Alex Bingley of the Central West Command Unit, who covers policing in Westminster, said in a statement that the attack was a “very distressing incident for the woman involved.”

“[O]fficers have spent time with her whilst she was being treated for her injury to get an account of what happened,” he said in the police report, according to The Times. “‘We know that this assault was witnessed by a number of people, many of whom captured it on their phones. I would ask them, if they have not already done so, to contact police.’”

“We remain in the early stages of our investigation and are working hard to trace the person responsible,” he assured. “I would ask people not to speculate on the motive for the attack until we have established the full facts.’” 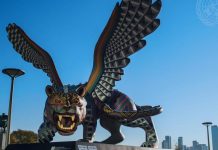 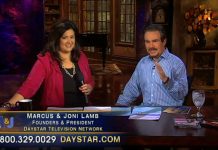