Viktor’s daily life in jail continued to burden him until the day his jail mate received a package from his mom. It was the Gospel of John, which his friend offered to Viktor. 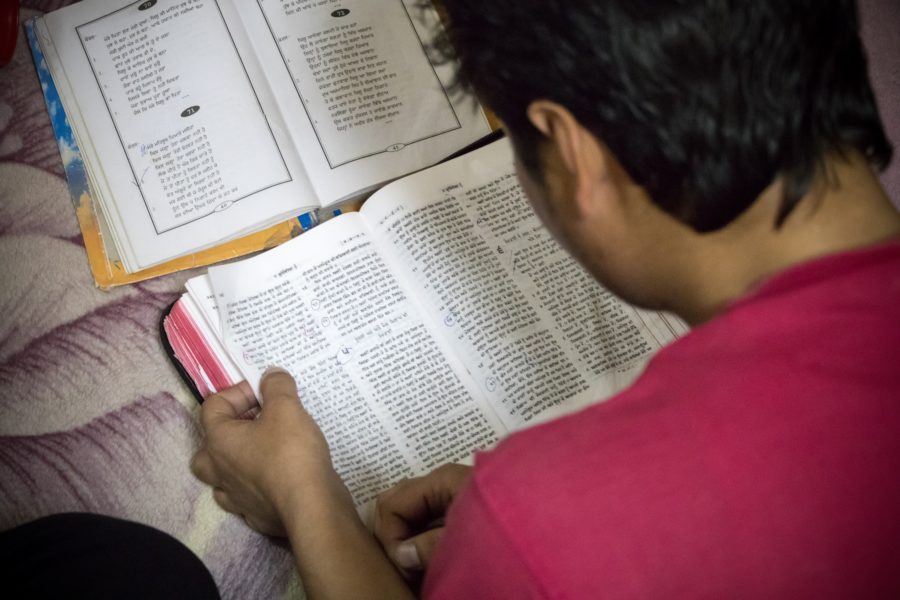 While many would consider their twenties an adventurous stage of life, Viktor’s story takes that theme to new extremes. Like many this age, he moved away from home and began exploring a new trade. Unfortunately, however, Viktor’s trade of choice was smuggling illegal drugs in Central Asia.

At first, Viktor’s early adult years were filled with adrenaline and adventure. Viktor led an operation that ran drugs from Tajikstan to the state where he lives in Central Asia. He seemed to have natural abilities to covertly network across communities. Viktor’s success rate, in fact, was so high that he was offered the chance to smuggle drugs across the Afghanistan border as well, which would’ve expanded his operation into 3 countries. But in 1996, things went south when Viktor was caught with 4 kilo–or almost 9 pounds–of heroine on him.

He was immediately arrested and jailed.

It was in jail, as one might expect, that Viktor’s life took a turn for the worst. As his sentence wore on, Viktor described how his state of mind deteriorated. “I felt empty inside and did not want to live anymore. I did not know how long I would be in jail.”

Viktor’s daily life in confinement continued to burden him until the day his jail mate received a package from his mom. It was the Gospel of John, which his friend offered to Viktor.

Viktor didn’t touch the book at first, leaving it to sit while prison life drug on. But as he continued to struggle, after ten nights of poor sleep, he finally picked up the book and began to flip through it.

At first, the Bible made little sense to Viktor.  “Words like ‘the Word was first and the Word was God’ made no sense to me. What did it mean? I put it away and stopped reading.”

But the strangest thing happened. Once again, Viktor encountered a series of sleepless nights. In a moment of exhaustion and desperation, he once again turned to the Bible and, this time, he couldn’t stop reading.

As he read, Viktor began to feel God’s presence. “I did not know about prayer, but I called out to Jesus: ‘You know I am not sure that you exist, but I want eternal life and I want to be born again.’ I continued reading in the Bible alone in my cell with no Christians around. It was just me and the book.”

When fellow prisoners later tried to smuggle him a package of drugs, Viktor refused it and instead turned to his original package that contained the Gospel of John. “Looking at the drugs I knew that they would drive me insane. ‘This is death!’ I said. And looking at the Gospel I knew that it was life. I made the decision to choose life. I sent the drugs back.”

In the midst of this, Viktor got bad news. The prison doctors diagnosed him with a disease and told him he would probably only live a year and a half more. But as Viktor drew near to God, this news didn’t have the crushing impact others expected. Instead, Viktor began to feel confident he would go to Heaven and began displaying a kind of joy his fellow inmates could not understand.

When the disease did not worsen, as anticipated, Viktor and others started a church. They began gathering in small groups, playing instruments, praying. Viktor even tried his hand at preaching.

Not too long after they began, the prison administrator came to respect Viktor and his house of prayer so much that he suggested Viktor preach over the prison’s microphone system that was usually used for announcements. The prison official became a supporter, encouraging Viktor’s leadership in the faith. When winter arrived, for instance, and Viktor had to stand out in the cold to deliver his sermons, the administrator encouraged him, “Do not care about the cold, you have to preach about Jesus Christ!”

When Viktor was released from prison, he decided to continue his role as a pastor by attending a seminary Bible college. During his studies, he started to work among drug addicts in a rehab center and began sharing the Word of God with them. Today, he is the pastor of a very special church in Central Asia.

His church can’t be formally registered, so it does a lot of its work in a barn filled with animal feed. Thanks to Open Doors support, Viktor is able to sustain himself and his ministry by selling blocks of salt for cows and grain and rice for chickens, while he also secretly stores resources and materials needed for evangelism.

When asked about his safety, Viktor acknowledges there is some risk involved. “We have so many secret things here. But we operate wisely and only let trusted people in our yard. The customers come to our barn and no further. When people come for books we close the gate or put a car in front of it. Neighbors cannot see what we are doing. And there is no reason to come and check. The only visible activity is our animal food we sell.”

The believers gather discreetly in a rented facility, using a home-based evangelism method where they identify people who want to learn more about God and then go to their homes to teach them.

At nights, the church members go into the village to interact in the public spaces. They can’t publicly evangelize in the streets, so they just socialize and answer questions. “A lady asked about baptism, for instance. Then we suggest going to her home to drink tea and talk a little further. We use any opportunity to enter their homes to share the Gospel.”

While Viktor and his friends started his ministry on their own, it was further developed through a micro credit from Open Doors. “We realized it was not our own plan. God led us to this ministry. It is hard work and does not produce a high profit, but it works.”

Viktor has asked Open Doors to pray for him, that his testimony and his life may bring many people to Christ.