“An awakened Church will help restore a fear of the Lord in the nations. No election will do it. No act of Parliament will do it. But God can do it. And I believe he will do it. Soon.”

Famed preacher and author R.T. Kendall is concerned. He is worried about the state of today’s Church. “People often ask me, “What is the Church doing today in the world?” I usually reply: “Not a lot, in my humble opinion,”” he writes at Premier. There are exceptions, mostly in developing countries and remote places. I also think of the amazing work of Alpha. But generally speaking I think we are living “between the times.”

“You don’t know you were asleep until you wake up. We’ve all done this – to lie down for a moment to relax – only to find out we slept for a while!” Kendall urges. “You do things in your sleep you would not do if you were awake. Our dreams prove this. Whether such dreams are unexpressed fears or wishes, as Sigmund Freud might say, we do things when asleep we would not do if awake.”

“We hate the sound of an alarm. How would you like to be awakened at 2am? We resent being woken up. We want to sleep on.”

It is time to wake up!

“I believe the Lord intends to wake the Church up and that the next thing to happen on God’s calendar is the Midnight Cry: “At midnight the cry rang out: ‘Here’s the bridegroom! Come out to meet him!’” (Matthew 25:6). This does not necessarily mean twelve midnight; the Greek literally means “in the middle of the night” – like 2am, when the Church would be in a deep sleep, metaphorically speaking,” highlights Kendall.

So how do we know we are truly asleep? R.T. Kendall has some convicting words.

“The greatest evidence that we are asleep is our lack of outrage over what is tolerated in the Church and what is going on in the world. Not only are we indifferent to what is happening before our eyes, we have become so used to it that we are virtually impervious to it,” he writes. “The biblical view of marriage is on the way out. Terrorism is at our doors. Church attendance is declining more than ever. We are losing our young people. If someone calls things like this to our attention we say, “Oh yes. It’s pretty awful.” Then we roll over. “Let me sleep on.”

So, is there a great awakening on the horizon? Will the Holy Spirit shake us up once and for all? “I believe the next thing to happen on God’s calendar is not the second coming of Jesus but the awakening of the Church before the second coming. It is when the word and Spirit ultimately come together as on the Day of Pentecost. The simultaneous combination of the word and Spirit resulted in spontaneous combustion,” writes Kendall.

“The next great move of God on the earth will be an awakening precipitated by a cry that will be so real and eventful that the event of 11th September 2001 will be insignificant by comparison. This awakening will begin in the Church. It will lead to millions of conversions, including many Muslims. The blindness of Israel will be lifted and many Jews will come to Christ.”

“Then will come the second coming.” 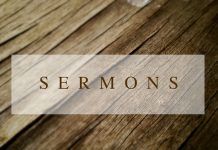